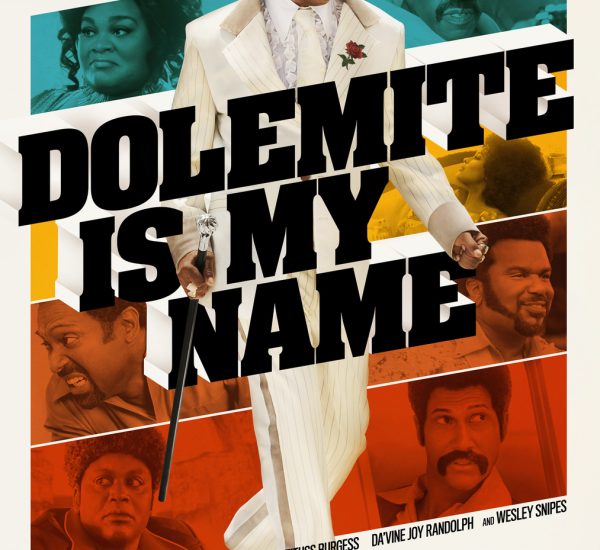 It’s no secret that Eddie Murphy is one of the most talented and beloved actors of the past three decades. Ever since the 80s, his charisma and comedic timing was impeccable, and he was able to entertain just about anyone. And he was a really versatile performer, with an uncanny ability to play several distinct characters at once, as seen in projects like The Nutty Professor and Bowfinger. So what happened? It’s also no secret that he’s one of the biggest sellouts in an industry full of sellouts. His career through the 2000s was often embarrassing, littered with a lot of terrible family comedies like Meet Dave and Imagine That, as well as some downright bizarre flops like Pluto Nash and Norbit. It became increasingly obvious he was only in it for the paychecks. Until one day, when he just kind of vanished. He spent most of this decade doing as little as possible, even turning down hosting the 2012 Oscars, and just barely showing up for the SNL 40 special. It seemed increasingly unlikely he’d ever get a real comeback. But against all odds, he’s found one.
Dolemite Is My Name is the most entertaining and satisfying Eddie Murphy project in years. He finds himself at the top of his game here, fully engaged with his character and the film at large. It’s a performance that reminds us why we loved this guy for so long; at his best he’s a genuinely dynamic and genial performer. The same can be said for Rudy Ray Moore, the subject of this movie. Moore was one of the defining black entertainers of the 1970s, both for his influential stand up routine, and for his cult classic blaxploitation film Dolemite. He’s also commonly referred to as “the Godfather of Rap,” because of his raunchy and cleverly rhymed stories and catchphrases. The movie goes into all of this, thanks to an engaging script from Scott Alexander and Larry Karaszewski (the same duo behind Ed Wood, Man on the Moon and American Crime Story), that pays tribute to 70s black art, while still being accessible to newcomers. The production design also helps sell it, with a lot of eye-catching costumes from the era in every scene. And despite the two not having much in common, Murphy does a remarkable job channeling Moore’s energy and sense of humor. When he’s on stage delivering the famous “Signifying Monkey” act, it’s not like any Eddie Murphy set we’d expect. Instead, he’s taking us back in time, to a much more subdued and almost mystical era of comedy. It almost feels like something out of a beat poetry session, but with a lot more swearing.
Obviously, this is a very different project from most Eddie Murphy films. It’s his first biopic, and his first R-rated film in twenty years. And yes, this film is indeed faithful to Rudy Ray Moore’s work, in all of its outrageous vulgarities. But Dolemite is never mean spirited. In fact, it’s one of the kindest and most good-natured projects Murphy has ever been a part of. Murphy plays Moore not unlike how Johnny Depp played Ed Wood, an innocent and ambitious entertainer with an iron will. Halfway through, Moore wants to go ahead and make a movie, despite knowing basically nothing about filmmaking. He just saw what the famous white actors were doing, and was certain he could do it better. And because he’s such a likable and kindred spirit, his friends wanted to help him achieve his vision. It never becomes a Disaster Artist situation, where Tommy Wiseau is an equally awful person as he is as an artist. Rudy Ray Moore is never in it for the money or loses his way in the fame. No, his goal from start to finish was to entertain his community, even if it left him penniless. And when he succeeds and becomes a hero for thousands, it’s genuinely heartwarming. That’s what the film ultimately feels about, our community and what we can do to help it. Perhaps Murphy’s involvement here adds an extra bit of poignancy: maybe now he’s trying to be as selfless and dedicated to his work as Moore was. Maybe now he’ll get back in touch with his fans. Next year with this same director, he’s finally doing the long-awaited sequel to Coming To America. I hope it goes off without a hitch. Eddie, welcome back.
Dolemite Is My Name is now streaming on Netflix.