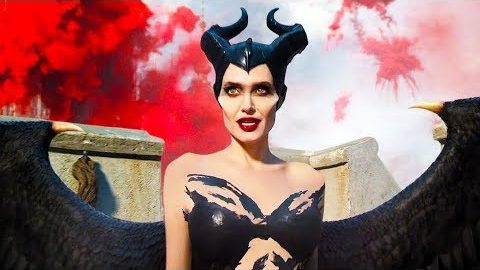 Disclaimer: I am not very knowledgeable in my Disney movies, as I was never able to watch them as a child and rarely get the chance to watch them now. Fortunately, I was able to watch both Maleficent and Maleficent 2: Mistress of Evil. The sequel’s opening weekend made only half of what the first did in box offices. With only making 36 million, it’s more disappointing than expected. While ticket sales were low, Maleficent 2 did not disappoint.
This movie was pretty solid and a step-up to its predecessor. It’s perfect for pretty much all ages. If you are looking for a light-hearted movie with a happy ending, look no further. I only have one complaint: in this movie, the spinning-wheel is destroyed before it can curse another. However, in the first movie, the issue is that “no power in the world can break this curse.” What changed? Again, it works for the movie but is not consistent with the fairy tale.
The movie continued the fairy tale of Sleeping Beauty. In the sequel, the storyline follows Maleficent as she goes through the trials of betrayal and discovery. Despite the Maleficent’s RBF, she surprises everyone yet again – being the light in the darkness. Prince Phillip, played by Harris Dickinson, made me believe in love again. His unquivering faith in Aurora was tested again and again. On top of that, his mom and the queen of Ulstead, Queen Ingrith is against everything he stands for. One thing I love about the storyline of his character is that the directors didn’t force the dramatic, “omg, my life is in shambles.” Phillip walked so Aurora could run.
Elle Fanning played Aurora well. Aurora had an emotional roller coaster and Fanning pulled through. Aurora’s character herself, I hate to say it, is not all that bright. I know her heart is in the right place, especially with the Moors (who she is the Queen of), but I don’t think she thought anything through. At the beginning of the movie, she believes some woman she barely met over her “godmother”, Maleficent. Now, of course, if Aurora would have believed Maleficent, the movie wouldn’t have been as entertaining. An understandable decision on the directors’ part, but slightly frustrating to the viewer. It’s like a horror movie when that dumb white person goes into a room and yells, “hello?” instead of getting the hell out of the building.
I have nothing but positive things to stay about Angelina Jolie. Amazing acting? Check. Ability to make me sympathize with her? Check. Cheekbones? Check. Even higher than we thought possible. Compared to the first Maleficent, her character has grown and became more complex than before. In the first movie, her heart is pure, becomes evil, and she learns to love again. In the sequel, her ability to be kind and wholehearted is put to the test. Within the first twenty minutes, she is betrayed and stuck in a bind that seems almost impossible to get out of. Of course, like every Disney movie, she acts against her bad habits and shows her capabilities to be the good in they need in their world. Also, her capabilities of being a mother were put to the test. This was one of the first times Aurora was against her. For Maleficent, it was between giving up on a renewed relationship or go hold her pride and ready with open arms to take Aurora back in.
I’d go see the movie again. It is perfect if you are looking for something to do other than schoolwork or just to get out of your room. It’s a movie you can see with your family, friends or even alone. Will there be a third movie in the franchise? I have no idea but I hope so. I’d be excited to see what the writers come up with.