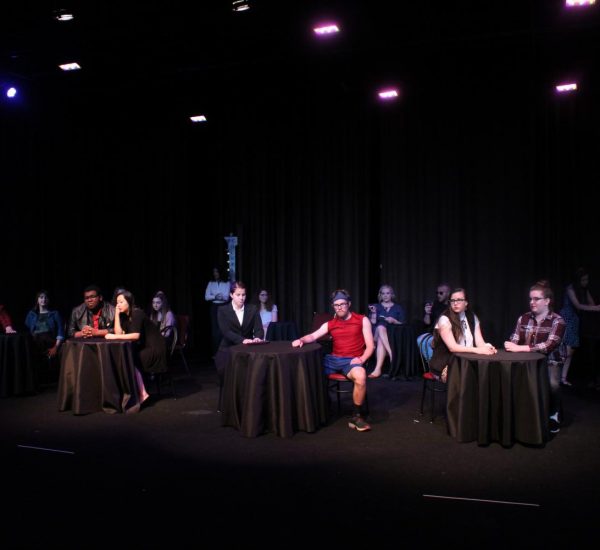 On October 6th, 7th, and 8th Austin College’s music department performed an opera called Speed Dating Tonight. This modern opera is about different perspectives during a night of speed dating. Wayne Crannell is the Director of Choral and Vocal Music at Austin College. He and Sylvia Rivers, the Adjunct Professor of Music at AC, worked together to direct this musical piece.

Crannell liked this specific opera for his students because of the way the opera is composed and put together. The opera originally consisted of 30 short songs, but then the new opera company will ask for a new custom song then every time it is performed. Crannell mentioned the composer made a song just for Austin College. He also appreciated that it is not a common performance. Crannell said it, “probably hasn’t been done in Texas, so it is really an interesting piece.”

When deciding on songs to perform, there was about 65 to choose from. Both him and Rivers pulled about 30 of them, giving them many options. Crannell said they, “already knew who our cast was going to be so we chose each piece for that cast”.

The performers have been practicing and working hard way before school started. They received their music in the summer and were expected to have the music memorized by the time they got onto campus.

Giving the performers the music to learn themselves was a new strategy for both Crannell and Rivers. However, they both have found it a success. According to Crannell, not only did the students come prepared, they were show-ready weeks before opening night. The performers have been going through “run-throughs” for almost two weeks now.

Freshman Austin Rue was happy for the opportunity of being on the cast and is satisfied with the outcome. Rue said the music was, “very challenging to learn.” He also mentioned that Crannell and Rivers have been very helpful in the process. With one-on-one voice lessons and separate rehearsals, it lessened the struggle of mastering of his part.