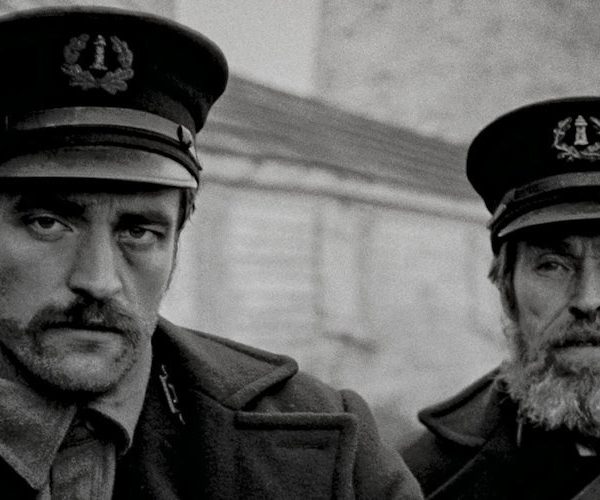 One downside to living in Sherman is the limited pool of movies being released here. Sure our local Cinemark carries everything major, but arthouse, independent and foreign films often don’t come here. Luckily, I was able to travel up to Dallas, spend a day at the Angelika, and catch some films worth reporting. Let’s get to it.

The first movie I saw was Taika Waititi’s new film Jojo Rabbit, which was pretty disappointing. I was looking forward to this, as coming off films like What We Do in the Shadows and Thor: Ragnarok, I think Taika is a very talented and promising comedy director. And while his new project isn’t a complete miss, it certainly left a lot to be desired. Basically, the film is a satire about a ten-year-old boy in Nazi Germany. And despite his eternal innocence and enthusiasm, he’s a die-hard fanboy of Adolf Hitler, to the point where Hitler is his imaginary friend. But his worldview is challenged when he discovers a Jewish girl his mother has been sheltering in the attic. I’ll admit this is a pretty good premise for a film, and at times it works. Whenever the picture steps back and takes itself seriously, it’s genuinely effective. But all too often the film is soured by ill-advised humor. While it’s no secret that the Nazis are prime candidates for comedy, it just doesn’t work here. All of the gags are way too whimsical and fancy-free and do not service the dire subject at hand. Movies like The Great Dictator and Inglourious Basterds maintain a balance between gritty realism and absurd comedy; while Jojo Rabbit plays like a quirky Wes Anderson inspired Holocaust drama. It’s a well-intentioned failure, but a failure nonetheless. However, I will say the production values and performances are impressive throughout, so it’s not like Waititi has lost his grasp as a filmmaker. I will continue to see his films, even if he’s not exempt from human error.

Thankfully, the film I saw immediately after was one of my favorites of the year. The Lighthouse is an audaciously entertaining experience. It’s Robert Eggers’ second film, following his excellent debut The Witch. This one further solidifies him as a capital-G Great director, as it succeeds as both an atmospheric horror film and as a dark comedy. Throughout the runtime, I was both chilled to the bone and laughing my head off. The picture revolves around two men, played by Robert Pattinson and Willem Dafoe, as they lose their minds upkeeping a lighthouse for a number of months. It’s a very simple premise, but it’s taken to its utmost potential. Dafoe plays an absurd caricature of a 1900s sailor, but he plays it so convincingly. In many scenes, he goes on hysterical, long-winded rants of nautical speak, without ever stumbling or forcing it. Pattinson also makes a great foil to him, starting the film somewhat straight-laced, but becoming just as crazy as Dafoe by the midpoint. The relationship between these two is fascinating, as they go from lifelong friends to sworn enemies in a matter of minutes. They’re constantly drinking, dancing, bickering and farting just to pass the time. And that’s not even counting the other strange experiences they encounter, including a seagull and a mermaid. It’s a wild ride from start to finish. The presentation is also incredible, thanks to a 4:3 aspect ratio, stark black and white cinematography, and a blistering musical score. It’s the strangest film I’ve seen all year, and while I can’t promise everyone would like it, I can say I will definitely be seeing it again soon.

The last film I saw was the universally beloved Parasite, from famed Korean director Bong Joon Ho. I was already a fan of this director, after loving Snowpiercer, Mother, and Okja. And while I don’t necessarily think Parasite is the masterpiece film circles have made it out to be, I still think it’s a pretty great film. It’s about a dirt-poor family, and their chance to con a rich family. It works to a point, but eventually, it all goes haywire. Much like other Joon Ho films, it does a great job playing with tone. It starts out as a straightforward dark comedy, but it gets much more strange and sinister as it goes along. By the end, it feels like a completely different movie, yet it feels like we got their naturally. There’s also his signature element of satire, as it’s clearly about economic inequality, and why the poor may have to do terrible things just to survive. It’s similar to Jordan Peele’s Us earlier this year, though it’s much more accessible and easily defined. Personally I prefer my socially charged films to be more challenging, though I see why this one has reached such a wide audience. I also liked how the rich in this film are essentially a neutral force, and the conflict only comes from economic inequality in of itself. A less intelligent film would have had them as clear villains, while in real life societal problems come from a much larger picture. All in all, it’s a very entertaining movie, and I expect it to be a prime contender for this year’s Oscars.