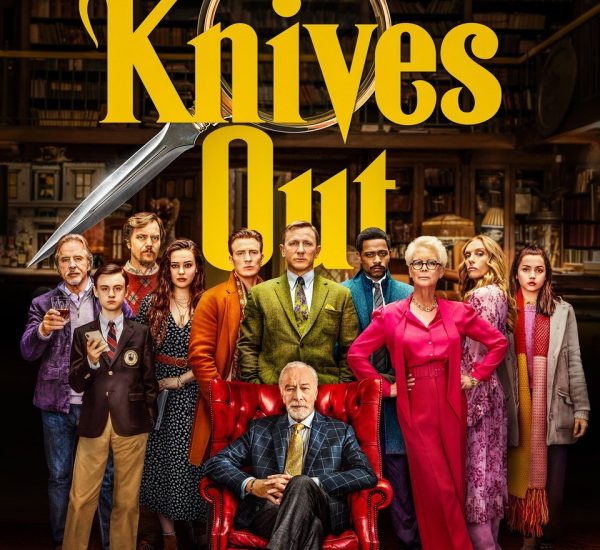 Everyone knows that Rian Johnson is one of the most talked about filmmakers of the past few years. He started his career with two unique and underrated mystery pictures, Brick and The Brothers Bloom. Even early on, he had a knack for creating quirky environments and memorable storylines. But he really caught fire with Looper, one of the best time travel films ever made; and for his work on Breaking Bad, including its undeniable best episode, “Ozymandias.” It seemed like everyone loved Johnson… until his next picture. Depending on who you ask, Star Wars: The Last Jedi was either a masterpiece or a train wreck. The discussion surrounding that movie was always obnoxious, riddled with hyperbole on both sides of the argument. If you didn’t think it was a 10 or a 1, you were in the minority. As for me, I thought it was decent, but not nearly as tight or fully realized as any of his other films. This seems to be a common trend with blockbuster filmmaking: they hire an acclaimed independent director for massive projects, even though they’re always much better suited for small scale original films.
Thankfully, Johnson’s new film is not another blockbuster, and is instead an old-school, character driven, murder mystery comedy. Knives Out harkens back to the old days, when all you needed to entertain was a great cast, an engaging script, and a crafty director. It’s one of the most fun movies of the year, largely because pictures like this are so rare these days. When was the last time you saw a light hearted crowd-pleaser, that’s not based on any existing franchise or source material, and doesn’t have an over 100 million dollar budget? This is the type of movie Disney should be making, and after so many of their repetitive blockbusters, it’s no wonder audiences are so blown away by Knives Out. Sometimes there’s no school like the old-school. But that’s not to say the film is without surprises. Rian Johnson has developed a reputation for “subverting expectations,” and he does it again here. The plot is highly unpredictable, and a significant deviation from what the trailers suggest. But despite the many twists, each one felt organic with the overarching mystery. It never felt like cheating or unsatisfying to what was already established. Anyone can set up a good mystery, but only a few can end one like Johnson can.
Johnson’s directorial work is equally strong. The precision and tight focus he had for his first three pictures is back here. There’s not a scene that feels unnatural or badly placed. Like any good mystery, we learn more as it goes on, and each new reveal recontexualizes what we saw before. The production design is also great, as it’s not afraid to look campy or gratuitous. Despite being a genuine and suspenseful mystery, it still provides moments of absurd yet well earned comedy. And oh boy, what a cast. Any self respecting cinephile should love seeing this many great actors at once. Chris Evans! Christopher Plummer! Jamie Lee Curtis! Toni Colette! Don Johnson! Lakeith Stanfield! Daniel Craig with a Southern accent! Everyone’s clearly having a lot of fun on set. But believe it or not, none of them hold a candle to Ana de Armas, who’s bound to be a star in the next few years. She’s really the heart of this picture, and the only character we truly want to see succeed. Because outside of the patriarch, she’s the only one in this family who actually works hard and has a strong conscience. Yet the other Thrombeys try to cast her aside, and take their unearned millions. It’s a microcosm for the sham the American Dream is, and by the end, what it should be. But more importantly it’s just a really entertaining movie. Knives Out is a great time, and definitely a highlight for this fall season.