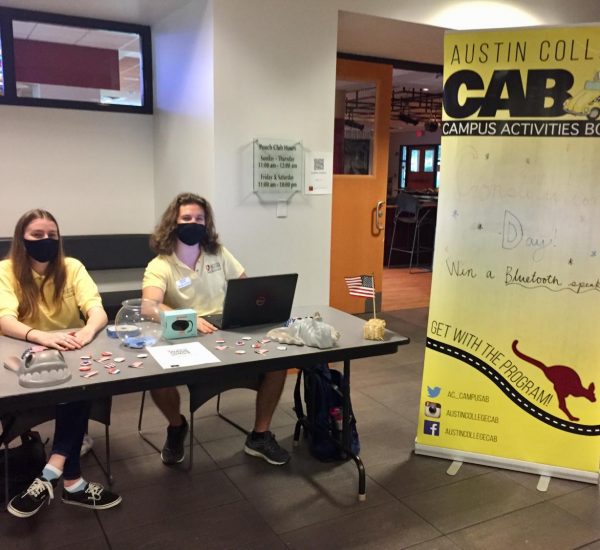 On Constitution Day, the day when Schoolhouse Rock!‘s “Preamble” song gets stuck on loop in your head, Americans celebrate the day the Founding Fathers signed the United States Constitution 233 years ago on September 17, 1787. Last Thursday, Campus Activities Board (CAB) quizzed students about the most influential document in American history for a chance to win a Bluetooth speaker!
Ready to test your knowledge? (answers below!)


Answers: 3, 2, 2, 4
To learn about upcoming CAB events, follow the group on Instagram, @austincollegecab, and make sure to check out the chalkboard and Digest emails each week for events happening on our campus!