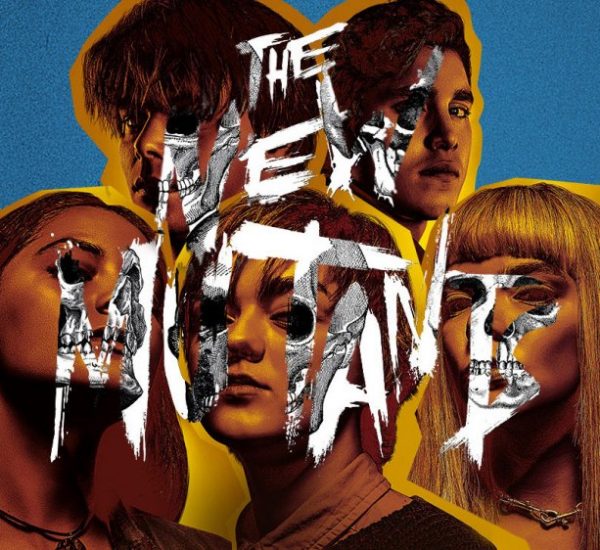 DISCLAIMER: Given the worldwide complications caused by COVID-19, I would think twice about seeing this in a theater. Even I didn’t see this in a theater, and instead went to a drive-in, for that is a safer venue. Please use similar discretion as you decide whether or not to return to cinemas. And if you choose to go, remember to wear a mask and maintain physical distancing.
With that in mind, movies are back! I can’t promise how well this will go, but the film industry is making an attempt at a comeback. With some high-profile films like Tenet headed for theaters, and others like Mulan opting for VOD, one way or another we’re finally adapting to COVIDWorld. Even film productions are starting back up, with highly anticipated projects like The Batman and The Matrix 4 shooting this month. So yes, it’s looking like there’s going to be some way out of this.
So, what’s the first blockbuster we can see right now? Come on, it’s been eight months since Birds of Prey. Surely we’re long overdue for a great superhero film! Will it be Black Widow? Or Wonder Woman 1984? We’re starving for one! But no. Hilariously, it’s Fox’s infamous The New Mutants. Because even in the time before COVID, this film was pushed back a number of times. For two years, this was put on a shelf and instantly became a meme. We joked about this thing for seemingly ages, wondering if we’d ever see it. How bad can it be to warrant such treatment?
But it’s here. And it brings me no pleasure to say this, but no, it’s not that bad. Because a Fantastic Four-level disaster would have been more interesting than this. Instead, it’s yet another milquetoast, aggressively 4/10 X-Men film. Both this and Dark Phoenix are very underwhelming final gasps for this franchise. But it’s not like they tried fixing this in reshoots either, so it’s bizarre that it got postponed so many times. And why are they releasing it in theaters now anyway? Well, my theory is that Disney knew nobody would see it, both because theaters are dangerous and the movie isn’t very good. And they’re going to use the low box office numbers, and Mulan’s inevitably high rental profits, to justify Disney+ releases for possibly ever. If I’m right, that’s a shrewd, insidious move.
So what exactly is The New Mutants? Well, it’s a superhero film, that’s also a YA teen movie, with elements of 80s horror. If that sounds familiar, it’s because it’s the same trick Josh Trank tried pulling in the aforementioned Fantastic Four. Had he got his way, it would look a lot like The New Mutants. And while between the two, this is the much tighter, more consistent film, it’s still a stretch to call it a success. While I do admire the film for trying something new, everything is half-baked. The marketing promised the X-Men equivalent to A Nightmare On Elm Street 3, and it never for a moment delivers on that. When I say “horror elements,” I mean brief scenes that may upset children in the audience, but not give anyone else a chill. And this is really out of character for Fox, since they gave us Legion. If you haven’t seen it, check that out, since it’s one of the scariest, weirdest, most ambitious superhero tv shows ever. It manages to blend the X-Men spirit with psychological horror much better than this film ever does.
Another major problem is the visuals. As this film is far too dark. And I don’t mean thematically, I mean literally, this is often incomprehensibly dark. At many times I had no idea what was happening. Granted, this was likely made worse by my drive-in experience, but I don’t think that’s an excuse. From what I was able to see, any superhero action is mild at best, which would be fine if the horror elements carried the movie. They did not.
Is there anything good about it? Well, it does carry on one great tradition: Anya-Taylor Joy playing Ice Queens. She’s one of my favorite young actors in general, and I’m really loving this streak of her playing bratty mean girls. It worked for Thoroughbreds and Emma, and it works here. And I will say the message is pretty good, as self-destruction is a topic that deserves more attention in teen movies. The film also seems progressive in other ways, in having the protagonist be a Native American lesbian. That is an intersectional identity never seen in blockbusters. Though sadly, allegations of racism and whitewashing have been made against the film and director Josh Boone, so one of its few positives can be disregarded.
So overall, no, I don’t recommend venturing out to see this movie. Even in easier times, this wouldn’t be worth the trip. What can I say? It’s just yet another reason why the X-Men franchise doesn’t have the power it used to. Once upon a time, this was *the* superhero series. Sure the quality was always inconsistent, but more often than not, they delivered the best thrills and characters of any Marvel movie. But in these last few years, that reputation has been tarnished. My advice, forget Dark Phoenix and The New Mutants, and consider Logan the canonical ending. That movie is pretty much a masterpiece. They could have and should have left it there.