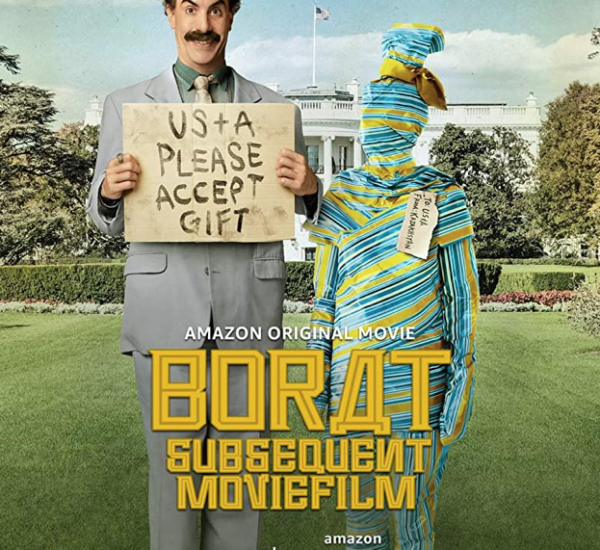 In 2006, Sacha Baron Cohen took the world by storm with Borat. Just as he did in Da Ali G Show, Cohen went on a mockumentary exhibition, acting in an outrageous faux-Kazakhstani persona across the nation, in order to provoke genuine reactions from Americans. The character of Borat Sagdiyev may be foolish, gullible and bigoted, but Cohen exposed his real-life subjects to be equally wrongheaded. Especially in regards to Bush-era xenophobia, as the film targeted the War on Terror.
Borat was a massive success, and became arguably the most quoted comedy since Austin Powers. It cemented Sacha Baron Cohen as the next great comedic actor, and made way for more of his ambitious projects, including Bruno and Who Is America. But for years, Cohen never wanted to revive the Borat character, stating that he had run his course and can’t be properly used again.
So, why is that here in 2020, Cohen decided to make an entire Borat sequel in secrecy? Well, if you’ve been paying attention, it should be obvious. Borat Subsequent Moviefilm is a hilarious and occasionally disturbing black mirror of Trump’s America. Cohen here goes to war against white supremacists, conspiracy theorists, anti-maskers, and Karens.  It’s all incredibly satisfying, and the decision to release it so close to the election may turn some heads. If you ask me, Joe Biden can’t ask for a better PSA.
Cohen’s performance here is just as impressive as the original Borat and Bruno, and is thankfully much funnier than the latter. While comedy sequels are often an absurd stereotype of the original film, Cohen slides right back into the Borat character like a glove, never missing an inch. To the point where he spent five days in lockdown at a stranger’s house, never breaking character for a second. And, to make matters more complicated, Borat often disguises himself to hide from fans. So we have Cohen playing Borat playing all these other personas. Please, give this man an Oscar.
It’s also impressive that this movie was made at all. While every other production shut down due to COVID-19, Borat instead integrated it into the story. As a result, these pranks and their targets look all the more ridiculous. These are also the biggest and most dangerous stunts Cohen have pulled yet, with the climatic Rudy Guilliani interview already a major controversy. It’ll make you wonder how he pulled it off, and more importantly, why these people reacted how they did.
Who also deserves credit is Maria Bakalova, playing Borat’s teenage daughter. She is just as fearless and versatile as Cohen is, and I hope to see her in many more projects in the future. I’m glad they went in this direction, because although most comedy sequels completely botch the parenthood tropes, it somehow works here. So yes, Borat Subsequent Moviefilm is a worthy successor to Cohen’s magnum opus, and its satire is both hysterical and urgent. Hopefully we can get our act together, and in the next fourteen years, Cohen won’t need to make Borat 3.
Borat Subsequent Moviefilm is now streaming on Amazon Prime.