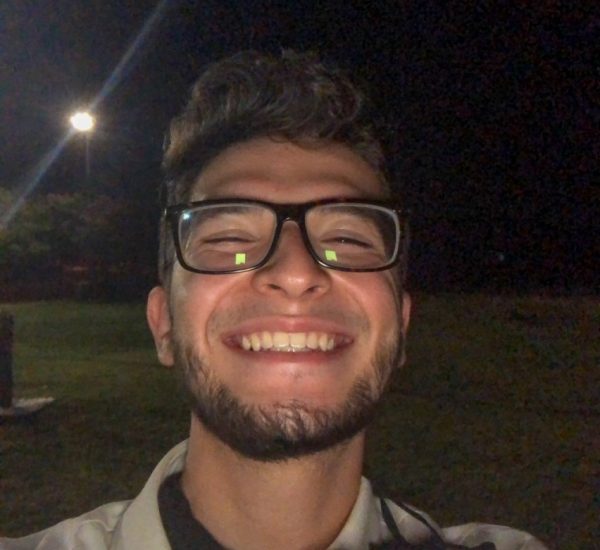 If you’ve checked the AC Mobile app at all in the last few months, you’ve probably seen a post or two by David Pelayo, who has made a routine of posting a “Song of the Day” each morning. Every day, he posts a screenshot of one song as a recommendation for something to listen to. Pelayo was inspired to start these posts because he wanted to share his passion for music with others. “I always get recommendations for new music,” he says, “so I thought it would be fun to share some of my music I listen to with the AC community.”
When it comes to selecting the perfect Song of the Day, Pelayo chooses whatever feels like the right song to him from one of his numerous playlists. “One of the biggest factors I take into consideration when I pick a Song of the Day is usually the headspace I find myself in when I hear the song; sometimes the song fits very well into my psyche,” says Pelayo. When it comes to genre, Pelayo finds rap and hip-hop to be his bread and butter, but also grew up listening to classic rock, Spanish rock, funk, dance, and blues. “I have a very big appreciation for all dimensions of spoken rhyme, so it’s a safe bet so see some of that on your feed,” Pelayo explains. “Sometimes, I do like to throw out oddballs, though.”
When asked about his favorite songs he’s posted, Pelayo says that he gravitates towards pop-rap artists such as Travis Scott and BROCKHAMPTON, which is why he posts their songs and others like them frequently. However, he also notes that he normally doesn’t like to post mainstream music that most people can recognize. “I feel like it’s much more rewarding to put people on to something new than to remind them of something great.”
Pelayo plans to keep posting for as long as he has access to the app, so be on the lookout for new song recommendations; you never know when he’ll post something you might love.