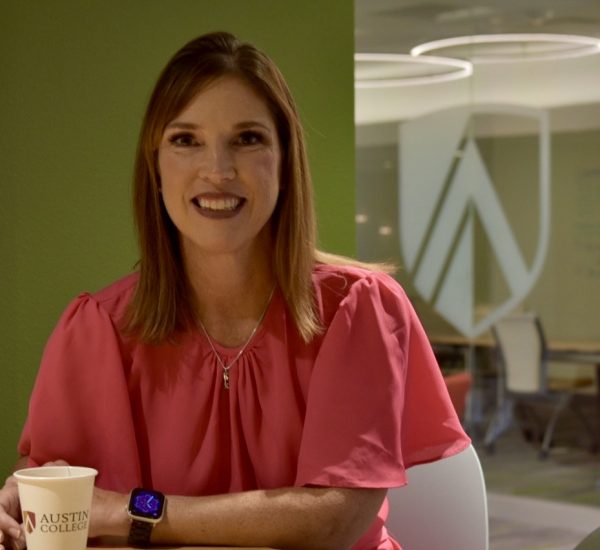 On October 3,  Austin College hosted its fifth annual TedxAustinCollege event in the renovated Sally and Jim Nation Theatre in Ida Green Communication Center. Betsy Furler ’89, is among the five speakers who either motivated listeners to push their fears and visions or taught them something new that Saturday. Her TEDx speech, titled “Our Differences Are Our Superpowers: Thinking Beyond the ‘Dis’ in Disability,” emphasizes the beauty and greatness of differences, especially of neurodiversity. Instead of seeing cognitive differences as disabilities as general society often labels them, she presents them as superpowers to be proud of. She dedicates her speech to a great and dear friend of hers, who used his superpowers to help autistic kids before his death.
Regarding her professional background, after graduating from Austin College, then working for a year Furler went to graduate school to become a speech pathologist, which was her main profession for a couple of decades. As a speech pathologist, she got heavily involved with using technology for people with speech issues and other disabilities. From then, Furler nourished her interest for the tech world which ended in the creation of her own business.
Furler is the founder of For All Abilities, a firm which provides companies with a software to help them better assess the needs and most importantly the strengths of employees with ADHD, dyslexia, austism and learning differences, for these workers to be efficient at their maximum, while feeling valued and respected. What engendered the creation of this software is her work in consultancy described as, “too easy and too frustrating,” because some solutions required only the companies to stop assigning work their employees were not good at due to cognitive differences. They were advised instead to focus on giving them jobs they are efficient at. This highlights how stressful the workplace can be to individuals with a certain neurodiversity and how low, yet sometimes simple are the accommodation tools for them. Furler realized it was a workforce problem to be solved. After meeting with a few tech experts, while in Washington D.C. for a tech cause, the idea of using Artificial Intelligence to help companies with these kind of issues germinated and she started working toward its accomplishment. At this moment, the software is in its beta testing phase or final round of testing, which was slowed down by Covid-19 due to data access difficulties with the new barriers measures.
Furler encouraged students to continue working on their dreams and not making themselves small because of any differences society deems as a weakness or abnormality. In her own words, “embrace your differences and think big, dream big.”