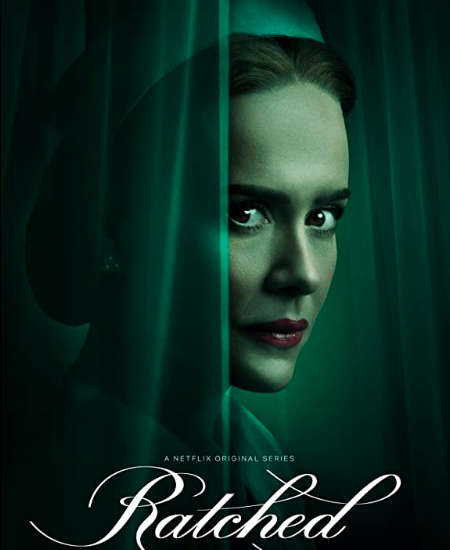 Ratched, on the surface, appears to channel the same psychological horror genre themes as its American Horror Story creators are well-known for, but in reality, this TV 2020 Netflix Original series is far more of a heartfelt drama than it is a psychological twister.
Ratched’s true story is one of a sibling’s love, tracing Nurse Mildred Ratched’s illicit and often illegal relationships and actions as she attempts to save her murderous brother, Edmund Tolleson, from the death penalty in 1947, post-war, coastal America.
Google describes the show’s plot as being about “a young nurse at a mental institution becom(ing) jaded and bitter before turning into a full-fledged monster to her patients.” This content description is on par with the original character of Nurse Ratched, as adapted from One Flew Over the Cuckoo’s Nest, a book (and subsequently a movie) by Ken Kesey.
This description may be fitting for the original novel, but the 2020 show humanizes Mildred in a way that garners the audience’s sympathy and affection. What the aforementioned grisly description fails to mention is that Mildred, a self-appointed nurse, sees herself as an “angel of mercy,” bringing death to her patients who require it the most. Her actions, though illegal, are not “monstrous” in the slightest, but in fact come from the deepest recesses of her heart and the most complicated past traumas.
The show, in its effort to humanize Mildred, allows the audience a glimpse into her horrific past of emotional, physical and sexual abuse following orphanhood.
Mildred’s story with her brother begins in the foster care system. Mildred and Edmund are put into the same foster home as children and decide that they are brother and sister, though not biologically related. A social services worker takes pity upon the duo and their deep bond, and alters their paperwork to present them as biological siblings so that they are able to remain together. Mildred and Edmund move from place to place before they are put with a parental unit who make them perform deviant acts on each other for an audience. Traumatized and confused, Edmund works up the courage to kill the two parents, allowing Mildred the chance to flee in the night.
As Mildred runs and Edmund kills, Edmund experiences a psychologically transformative moment in which he is forever altered by the shadow of a culmination of mental illness. Mildred vows to find Edmund once more and repay him for saving her life, understanding that he may not be the same brother when she finally finds him. Thus begins the adventure of Mildred Ratched to seek out her brother and show him that what he did for her saved (and changed) her life.
Mildred finally finds Edmund, who is sent to Lucia Psychiatric Hospital as he awaits his trial after killing and mutilating seven priests. Unsurprised at what Edmund has done, Mildred devises a plan to help her brother, whom she sees as a victim rather than as the monster the public sees. Mildred passes herself off as a nurse to gain access to the hospital to prevent Edmund from being put to death, channeling an air of authority deeply embedded in lies as she does so.
Mildred’s time in the hospital is a period of self-discovery for her: Through treating “sapphic tendencies” (which was then considered an illness), Mildred comes to understand that she herself enjoys the company of women. Through reliving past traumas, Mildred realizes that she has already paid the debt to her brother in full. Through trying to give Edmund mercy, she creates her own worst enemy. It is through each of these actions and many more that Mildred Ratched’s character is developed and redeveloped — it is through this shaping of Mildred that the audience falls in love with who she is.
Ratched is ultimately a tale of a woman’s transformation and her evolving relationship with her own brother. Though rated TV-MA for sexuality, violence and foul language, Ratched only employs these tools of cinema to convey the true heartfeltness of the show and characters.
Image from Netflix Original Ratched (2020)