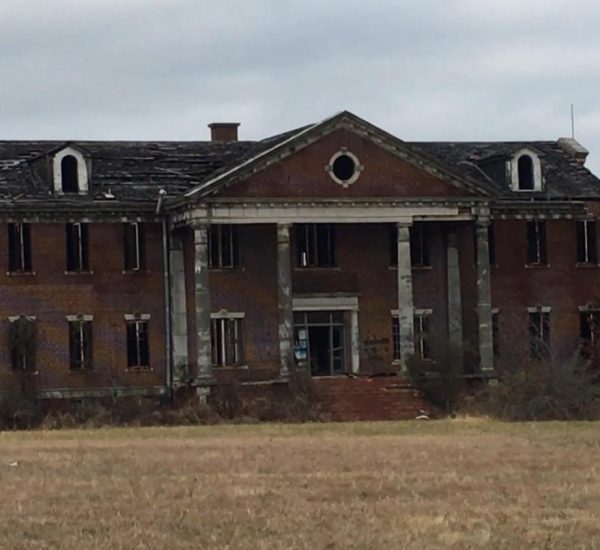 The red-bricked buildings of Woodmen’s Circle Home, surrounded by barbed wire and no trespassing signs on a grassy hill three miles west of downtown Sherman capture the spirit of the Halloween season. Since the home’s closure in 1971, the elements, vandalism, and neglect have plagued the remaining 15-acres of the home, leaving it decrepit and empty.
In the late 1920s, Dora Alexander Talley and Mary Eugenia LaRocca started the idea of Woodmen’s Circle Home. As members of the Supreme Forest of Woodmen’s Circle, a group founded to provide women with life insurance during the late nineteenth and early twentieth centuries, they wanted to create a home for women and children who would otherwise have nowhere to go. Women who held insurance policies with Woodmen’s Circle could live at the home if they grew older and could not care for themselves. If they died, their families would receive a payout from the group. If a woman grew sick or died and did not have a living husband, her children could live in the home until they graduated high school.
LaRocca, president of Woodmen’s Circle at the time, raised funds for the project. The home, originally a 240-acre site known as LeBaron farm, became the first in a plan of three similar projects. The others never happened because of the financial impact of the Great Depression. They broke ground in November 1928, and the main building opened in 1930. Woodmen’s Circle added more buildings over the next decade.
The home operated from 1930 until 1971. During this time, it housed over 100 children and 165 elderly women. Many former residents describe it as a very happy and safe place.
After closing due to disagreements and failure to meet building codes, the property passed between a series of groups. From 1977 to 1981, Good Shepherd Tabernacle Church, run by Dr. Ariel Sherman, leased and used the property. After this, several different investment groups owned the building at different times and made no effort to preserve or repair it. Vandalism and harsh weather have plagued the property since it closed in 1971. In the 1990s, a series of fires on the property further damaged the remaining buildings. This makes the property unsafe to visit, so it is fenced off and there are high fines for trespassing.
Because of its worn appearance, some call it the “haunted orphanage.” Many ghost stories about the home exist and claim that it is haunted. Most stories are connected to when the church group and rumored cult owned the home. The story says a child died on the property during this time and now haunts the halls. Some claim to have seen strange lights and faces while others have never seen anything they cannot explain.
On September 25, 2010, Red River Historical Society opened the property for public viewing. For safety reasons, the public could see very little. Many former residents and employees visited. Since then, it has not reopened.
Night Rides shot the music video for “Past Lives” on the property in 2017. The video has clear angles of graffiti and damage from the fires.
Learn more:
Linda Robertson, former employee of Woodmen’s Circle Home
Interviews with former residents of Woodmen’s Circle Home