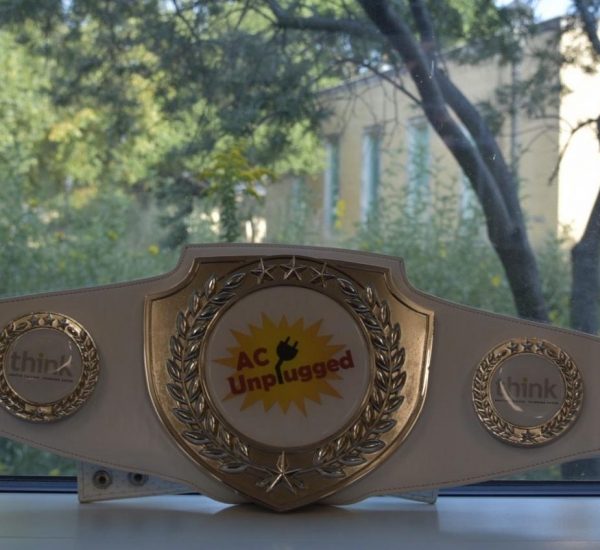 On October 5,  Thinking Green, the Environmental Studies organization, officially announced the beginning of its annual AC Unplugged competition with the theme of “Spookoctober.” The yearly energy-saving contest  runs until November 2 and opposes all four residence halls to determine which hall will get the magnificent AC Unplugged belt. Each year, the competition is given a theme which determine the type of mascot or name the different halls receive. With 2020’s theme being centered around Halloween, the Halls received names of fictional horror characters such as witches for Caruth, werewolves for Baker, vampires for Clyce and ghosts for Dean. These themes help foster a sense of community as students engage with representing their mascot and halls.
The competition is also a great opportunity for students to learn to be economical and mindful of their use of resources. Indeed, during the contest period, students are challenged to consume less electricity not only for fun but also for education purposes.  THINK’s president Abby Maeng says she hopes they will carry this habit for even beyond their time at AC, as this will ensure they use less fossil fuels which are non-renewable but constitute the main source of energy in the United States.
“If we can teach people to use less and less right, that means we are going to be putting less strain on that source” added Brittany McMillen, the vice-president. In the college’s case, the less amount of energy students use, the less energy bills the college pays “In a way, you’re helping yourself” added Maeng. For general information, the Austin College campus is 100% wind energy powered, which denotes the effort of Austin College towards the sustainability of the environment. With climate change happening and environmental issues becoming direr, Thinking Green is “trying to be a place that fosters critical thinking about our impacts on the environment” emphasized McMillen.
Apart from cultivating a sustainable habit and fortifying their social connection, students whose dorm finishes in the top three get dontate to a charity of their choice, with the top one being able to give more money than its peers. Indeed for the competition, Thinking Green regroups a number of organizations which invest themselves in a similar goal. For example, in 2017, winning dorms could donate to charities linked to Hurricane Harvey. This year, the three winners will donate to a California Wildfire associated organization.
Students in the Cottages can participate in the AC Unplugged competition as well. To be entered, they need to contact the coordinator Kelby Archer at rkarcher@austincollege.edu. The rule is simple: the cottage with the highest drop in electricity consumption between September and October will have its full October energy bill paid by the Environmental Studies department. “So, if you have any friends in the Cottages, let them know,” added McMillen.
Who will dethrone Baker Hall and go home with the AC Unplugged belt? Competitors are encouraged to watch out for Think’s Instagram page @thinkgreen_ac or the weekly chart in front of the cafeteria to keep up with dorms’ energy consumption! In addition, students can win Hopper Dollars and other fun goodies by participating in games promoted on the Thinking Green Instagram.
For more information regarding Thinking Green’s actions for sustainability on campus or AC Unplugged, contact Abby Maeng at amaeng18@austincollege.edu, or vice-president Brittany McMillen at bmcmillen18@austincollege.edu or visit their website