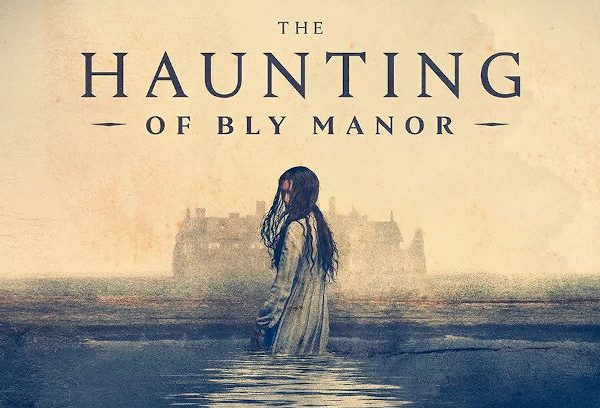 In 2018, Netflix came out with The Haunting of Hill House, a show loosely based off the Shirley Jackson novel by the same name. The series tells the story of four siblings grappling with the suicide of one of their sisters, and with a history of intense family trauma. It was positively received, although many viewers claimed it was Netflix’s scariest original show yet, some saying that they couldn’t even make it past the first few episodes. At the time, as a baby horror fan, I know I was certainly taken aback by the jump-scares and the overwhelming sense of dread that fill the story. On October 9, a second season was released: The Haunting of Bly Manor. The plot is also loosely based on another classic horror story, Henry James’ novella The Turn of the Screw.
From the get-go, Bly Manor is very different from Hill House. Because the majority of the spirits haunting the manor are not out to harm the rest of the characters, this season has a much slower build-up. While there is definitely a feeling of unease in the beginning of the story, this doesn’t turn into true panic until the fifth episode. However, one thing that is similar is that Bly Manor brings up many of the hard topics that Hill House covered, while adding a slightly different viewpoint.
The ghosts in Bly Manor are not just characters in the story. Like in most horror, the monsters represent something bigger, something real that grips the readers or the viewers as well as the protagonists. Here, that thing being represented is a wide array of negative human emotions. Guilt and internalized homophobia come to life in the form of the spectre of Dani’s late fiancé. Rage is personified by Viola, the season’s antagonist. Rebecca Jessel clearly symbolizes betrayal. Peter Quint embodies loneliness. Hannah is a terrifying depiction of fear.
One reason people get into the horror genre is the catharsis it provides. Horror portrays the worst emotions a person can feel, paints them in red, and throws them straight at you. It is a reassuring reminder that you are not the only one who gets scared. Horror, like Halloween, has long been something held dear by the LGBTQ+ community. There are several reasons for this. The general campiness that tends to be a staple of the genre. I suspect another reason is a masochistic tendency to want to hear it whisper our worst fear back to us: we are the monsters. It’s no secret that many beloved villains have been queer-coded, from Him in The Powerpuff Girls to Norman Bates, Maleficent to the title character of Jennifer’s Body. Bly Manor, however, turns this narrative on its head. By the end of the season, Dani is romantically involved with Jamie, the manor’s gardener. They are in a loving, committed relationship. They see each others’ fears, and they live with them.
In one of the show’s final lines, a now-adult Flora says that “it’s not a ghost story. It’s a love story.” I think this is Bly Manor’s real allure. We are drawn to ghost stories like Bly Manor because, ultimately, while they are stories about fear and pain, they are also stories about love. They tell us that, yes, we will have our share of suffering. But we will have bits of happiness too. For every Viola in our lives, there will be a Jamie. For every Peter Quint, there will be a Rebecca Jessel. Even though we can’t truly say that The Haunting of Bly Manor has a happy ending, it is not a sad one either. That is life. We hold on to those we love for as long as we can, and we hang on to their memory once they are gone. I for one would love to see more stories show queer characters have the strength to push through their fear and guilt to move on to a better life, even if this better life must eventually come to an end.