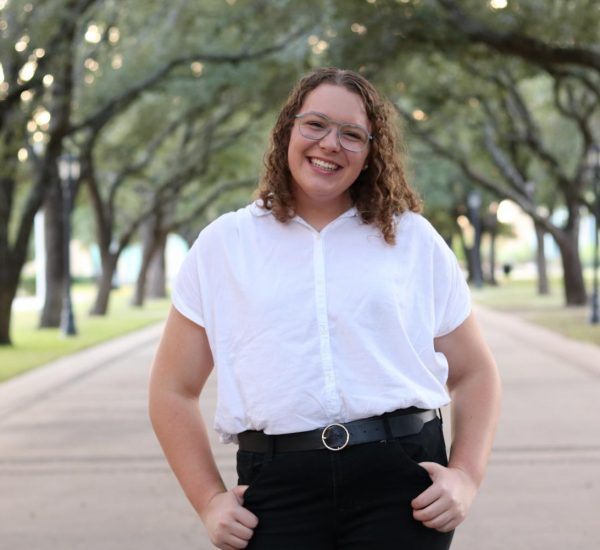 On Wednesday evening, November 4, auditions for  “Emilie: La Marquis Du Chatelet Defends Her Life Tonight” by Lauren Gunderson, took place over Zoom. Students recited a one to two minute monologue for student director Abbey Goodman ’22. For Abbey, this is a chance to hone  the skills she’s learned through her theatre classes here at Austin College. “To do a senior-directed show at Austin College you have to take a directing class, which requires that you first take multiple other classes in the theatre department,” she explains. “Once you are in the directing class, you then have to set up a meeting with Kirk Everist, Liz Banks and Dan Pucul to get your show approved.”
Abbey was inspired to choose this specific play because of its historical background and significance. “Emilie du Marquise was a 18th century French physicist, which was uncommon for women at the time,” she says. “I was drawn to her feminism and the way she intellectually pushed for gender equality.” Abbey also appreciated the story shows the importance of t women making contributions themselves, as historically, women have mostly been depicted for their relationships to men. “She actually was romantically involved with Voltaire, but this play focuses mainly on her scientific achievements.” In addition to the story of this powerful woman, Abbey also appreciated the writing style of Lauren Gunderson, a playwright who tells the stories of notable women in history.
To get involved with theatre on campus, Abbey says that “the best thing to do right now is to follow us on social media and come to auditions. The more we see you, and the more we know you, the better. Even if you don’t get cast in an acting role, you can work on tech and still be involved.” There are still numerous chances to be active in theatre despite changes that have been made due to COVID-19. Abbey says she wants people to “keep pushing and keep fighting for what you are passionate about, because we can still try to make it happen, even in the age of COVID.” She emphasizes that there are ways to “work around it” while still being safe.
“Emilie: La Marquis Du Chatelet Defends Her Life Tonight,” will be performed sometime in mid-March. There will be options to see the show in person or virtually.