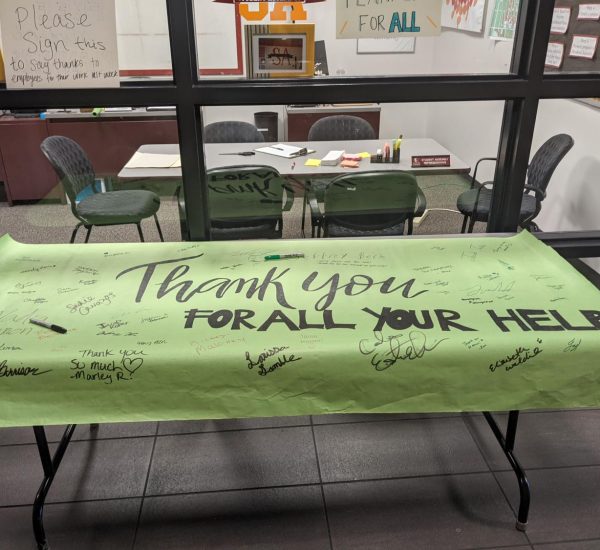 Last week when a historic snowstorm swept through Texas causing blackouts and water shortages across the state, the Austin College campus was not left unscathed. After a few days of playing in the snow, the Austin College campus lost water Tuesday afternoon. The rolling blackouts earlier in the week caused the Sherman water treatment plant to lose power and freeze. The city then tried to switch over to groundwater, which is what the campus usually relies on. Classes were canceled for the whole week and the water did not come back until Saturday afternoon, though the campus was under a boil notice until Wednesday, February 24.
As the waterless days dragged on, campus leadership made the Dining Hall available to all students and provided students with two free water bottles with every meal. 903 Breweries, Sherman Independent School District, City of Sherman,  First United Bank, ARAMARK SMU, and Ravenna Volunteer Fire Department  donated water to the campus. Additionally, volunteers boiled water, filled jugs and delivered them to campus.  Students were allowed to fill as many containers as they wanted to. Campus leadership also arranged for portable toilets to be delivered to campus. Then, when the water returned to parts of the city, arranged for hot showers at local fitness centers.
Austin College students did a fantastic job at being caring and compassionate to one another during a challenging week. A huge shout out to Aramark staff and Physical Plant for keeping the campus running and all the students hydrated. Getting through last week would not have been possible without them.