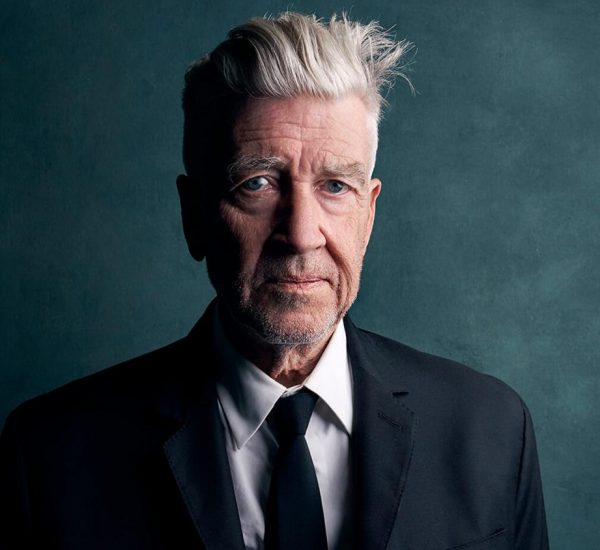 David Lynch is one of the most celebrated filmmakers alive. Very few directors have fundamentally changed the medium and have inspired millions, but Lynch is one of them. He has a reputation for being weird and creepy, and while that’s true, his work is also funny, heartbreaking, beautiful, and thoroughly American. For this list, I’m giving my list of his major works, from my favorite to least favorite. And keep in mind, Lynch’s films are especially subjective, so your order of preference is certainly very different from my own.

12. Inland Empire. Every great director has at least one completely self-indulgent mess, and Inland Empire is by design that. The movie infamously had no script, and the actors had no clue what it’s even about. This was Lynch screwing around with the world’s worst digital camera, and nothing more. I have to give him credit for committing to his vision in such a fresh and uncommercial light, but that doesn’t make it watchable. It’s three hours of endless, unengaging nonsense. It has its moments, since Laura Dern’s performance is very strong, and the Rabbits “sitcom” that plays throughout it suitably creepy. But it’s mostly just a slog. Recommended to Lynch purists only.

11. Lost Highway. This placement is sure to upset Lynch superfans, as it is often the connoisseur’s pick. But make no mistake, I am not a Lynch connoisseur. This was my first time watching most of these. So Lost Highway may grow on me later on, but for now I’m not feeling it. I found the narrative structure interesting, as the plot is a circle with no clear beginning or end. That’s certainly cool, but I didn’t find the story itself too impressive. I found the gangster elements too slow and lethargic, and the horror elements too sudden and obvious. Robert Blake’s role was suitably disturbing, but other actors like Patricia Arquette and Richard Pryor felt wasted. Even the soundtrack is weird, as the opening David Bowie track was effective, but other needle-drops from Nine Inch Nails and the Smashing Pumpkins felt out of place. So yeah,  I didn’t vibe with this one. Forgive me, I’m entitled to be wrong.

10. Dune. Lynch’s only stab at a blockbuster, similar to how indie filmmakers today often get signed on for Marvel movies. And while today’s blockbusters are far too producer-heavy, Dune is noticeably a Lynch film. The visuals are gorgeous and transcendentally trippy, and it’s the first of many collaborations with one Kyle MacLachlan. So it’s understandable why the film remains a cult classic. And it may have even been a great sci-fi film overall… if the script weren’t so terrible. Frank Herbert’s novel was famously unadaptable, already going through one aborted adaptation with Alejandro Jodorowsky. And, while Lynch tried his best, the film is plagued with boring exposition that really brings down the cinematic language. It’s not a controversial opinion to call this his worst, as even Lynch himself calls it his only real failure. I’m not sure I agree, as I found more to enjoy here than not, but it’s not quite a success either. Hopefully Denis Villeneuve’s version will get it right.

9. Mulholland Drive. This may be my most controversial opinion on the list, as people often call this their favorite Lynch. It even topped BBC’s list of the greatest films of the 21st century. And I’m sorry, I just don’t see it. Now there’s plenty to love here, as the acting is fantastic all across the board, the dreamlike mood is unforgettable, and it has a number of outstanding moments. But I can’t help but think it could have been more. Lynch intended this as a television series, and roughly two thirds of this film are recycled from his failed pilot. That makes far too much sense, as most of the movie is buildup, until an abrupt and largely unrelated finish. It would be like if Twin Peaks were a one-off film, was mostly the pilot episode, until it cuts to the roadhouse scene from Episode 16. Admit it, that would have been disappointing. I like everything I see in Mulholland Drive, I just always end up wanting more.

8. Wild at Heart. The first entry on this list I really like! Sort of a cross between Twin Peaks and Raising Arizona, it’s a colorful, irreverent, belligerent, rock-n-roll romance. Nicolas Cage is great in his only Lynch performance, playing sort of a cross between the Joker and Elvis Presley. And he has radiant chemistry with the always-amazing Laura Dern, as they go on a ludicrous, wildly unpredictable road trip. It’s one I can recommend to Lynch beginners, as its eccentricities are far more familiar and less demanding than most Lynch films. It’s a minor work, but one of his most entertaining. Just sit back and enjoy the ride.

7. Blue Velvet. Another controversial pick, as people often list this one as Lynch’s best. And while I understand that, I strongly believe that Lynch managed to do this better later on. It’s a bizarre small-town mystery, starting out quirky until it gets much seedier. Of course, that premise was reused for Twin Peaks, and I’d say even better there. And it’s heavily focused on sex and obsession, which is arguably expanded on in Fire Walk With Me, Mulholland Drive, and Lost Highway. That said, Blue Velvet is still excellent. The performances from Isabella Rossellini, Laura Dern and Dennis Hopper are iconic. And there’s a number of Lynch’s most iconic moments, my favorite being his first collaboration with Julee Cruise, Mysteries of Love. A great film, and it speaks volumes of Lynch’s filmography that it’s still in the lower end.

6. The Elephant Man. Arguably Lynch’s most accessible film, and the only one to receive a whole slew of Oscar nominations. A biopic about the real-life Elephant Man Joseph Merrick, it plays like the last of the Universal Monster movies. The gothic black-and-white aesthetic is identical to those, except it’s much more sympathetic to its subject. As the age-old story goes, the average person is the real monster. John Hurt is outstanding as Merrick, displaying heartbreaking layers of emotion through layers of makeup. It may be more sentimental than Lynch’s other films, but it’s all earned.

5. Twin Peaks. One of the most important television series of all time. It’s what convinced audiences TV can be more ambitious, cinematic, and surreal than we expected. If there’s any one show to blame for the 2010s Peak TV, it’s Twin Peaks. Through the first season, millions of viewers were drawn into its quirky characters, spooky atmosphere, and seminal mystery: “Who Killed Laura Palmer?” Sadly that last one backfired, as Lynch and Frost never intended to solve the case; yet the network demanded answers, and the series tanked halfway through its second season. Leading to its cancelation, and the most maddening TV cliffhanger of all time. But however brief its run, Twin Peaks was an unbelievable success, and the public’s love for that original run never went away.

4. The Straight Story. Lynch’s most simple and only G-rated film, but nonetheless challenging and unique in its own right. The true story of Alvin Straight, a senile man who spent six months traveling by lawnmower to see his very ill brother. Yes, by lawnmower. Due to his disabilities he couldn’t drive a car, and he was too proud and determined to take the bus. He had to do it himself. And yes, most of the movie is just seeing the journey. Most people may be bored to tears, but if you’re patient and compassionate, you’ll find it one of Lynch’s finest experiences. Richard Farnsworth is downright incredible in his final performance, tugging at heartstrings in every scene. He remains the oldest man to ever be nominated for Best Actor at the Oscars, and frankly he should have won. It’s also a compassionate, bittersweet odyssey through rural America, as Lynch has more respect for these spots of the nation than most city slickers. I’ve never seen another film quite like it.

3. Twin Peaks: The Return. We live in a very strange time in TV history. Ever since Arrested Development’s revival, it seems any beloved series is eligible for another run. We’ve seen it happen to everything from The X-Files to Murphy Brown. And there’s only one that actually mattered. Twin Peaks: The Return was everything and nothing what you’d expect from a third season. Yes, it is appropriately strange and quirky, but it’s also a very un-nostalgic reunion, as most characters don’t come back how you’d expect, Dale Cooper is 90% MIA, and these stories are much darker and more bizarre than anyone could have predicted. And somehow, it managed to be as innovative and forward-thinking as the original series. The storytelling resembles neither that of a tv season or an extended movie. It’s really an 18 hour experience, telling the narrative mostly with white noise and negative space. Considering how visual media almost never allows for either, this is a daring, revolutionary work. Most people would call this Lynch’s best, and that’s a very fair assessment, as it’s the most confident and fully formed work he’s ever made. He hadn’t felt comfortable working in film’s limitations for a long time, so it’s incredibly satisfying to finally see him work at the height of his powers.

2. Eraserhead. Up there with Citizen Kane and Breathless as one of the most important debuts of all time. Still the scariest and most viscerally abstract of all his projects, the movie is a relentless nightmare. Nothing makes much sense, but the visuals are so striking on their own, that I don’t see how you’d want it to. Jack Nance is great as Henry Spencer, a perpetually stressed single father, taking care of the freakiest baby ever put on screen. One of the most disturbing sits you’ll ever go through, it’s equal parts a midnight movie staple, and a four star masterpiece in its own right. Truly one of the finest horror films of all time.

1. Twin Peaks: Fire Walk With Me. Now I know what you’re thinking. Really? You’re placing that in the top spot? I thought that was one of his worst! And yes, people hated it for years. It was booed at Cannes, with even the similarly-eccentric Quentin Tarantino speaking out against it. It alienated audiences expecting answers to the series finale, and was just too strange and depressing for anyone to appreciate. But as The Return aired, people finally started turning around on Fire Walk With Me, understanding that it’s actually one of Lynch’s most important works. Focusing on the final days of Laura Palmer, it takes place exclusively in all the ugliness and violence that was always behind the scenes of the original series. It is the saddest, scariest movie I have ever seen. Every scene makes me want to curl up into a ball and cry my eyes out. But frankly this was a movie I needed, as it visually represented all of the depression and fear I’ve felt for over a year. Sheryl Lee as Laura Palmer is one of the greatest performances I have ever seen, and Lynch’s incredible talents in visual storytelling have never been better than here. It’s nothing short of an American nightmare, and is, at least in my eyes, a masterpiece.