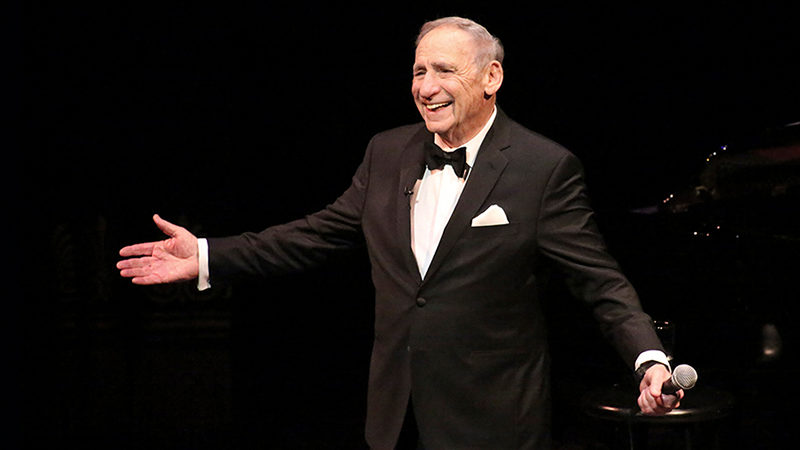 Mel Brooks has always been one of my absolute favorite directors. Ever since Fourth Grade when I caught half of Spaceballs on Comedy Central, I was a fan for life. He’s best known as the grandfather of the spoof movie, the flicks that Family Guy and Scary Movie wish they were. But in going through his complete filmography, I found so much more worth talking about. So, here is every movie he’s directed (alongside two that are close enough), ranked Worst to Best.

13. Dracula: Dead and Loving It. An easy pick for the weakest one, but the correct one. Yes, Brooks’ last film endeavor was a rare miss. There’s things to enjoy about it, as the technical craft does feel quite a bit like the Hammer and Coppola Dracula films. Brooks certainly tried to give this the energy of Young Frankenstein, it just didn’t turn out nearly as well. Despite a few memorable moments, it’s mostly boring and shockingly devoid of much humor. I almost think Brooks should have played it straight, given how he produced movies like The Elephant Man and The Fly. So yeah, see it if you’re a completionist, but otherwise you could skip it.

12. Robin Hood: Men in Tights. It does sort of make sense why this one happened, as fantasy was the one genre Brooks hadn’t touched yet. And with Kevin Costner’s Prince of Thieves a major film of the time, it was appropriate to satirize that and the 1938 classic. But mostly, it was a desperate attempt to give the audience what they wanted from a Mel Brooks movie, following the commercial failure of Life Stinks. In fact, much of the gags are blatant send ups to his other movies, feeling like a nostalgia release above all else. And Cary Elwes as an Errol Flynn type is conceivably great casting, but he plays it a bit too chipper and in on the joke. That’s not to say there aren’t funny moments, but they’re much cheaper and more obvious than you’d expect. One running gag involves Brooks as a rabbi, showing up at random points just to make tasteless circumcision jokes. Sure it’s funny, but it ain’t clever.

11. The Producers (2005). Following his retirement from filmmaking, Brooks had a great run returning to Broadway. His musical adaptation of The Producers is a wonderful show, winning a record-breaking twelve Tony Awards, and introducing a whole new generation of fans to this classic story. So naturally it was time to make another movie out of it. But unfortunately, this is much too faithful to the musical, and what kills on stage can fall spectacularly flat on screen. The songs are good, the acting is good, and the jokes should all work, but it’s all wounded by very mediocre direction. It’s worth seeing for the Broadway-originals Nathan Lane and Matthew Broderick in these parts, but please see the original film first, or catch a production of the show sometime.

10. To Be or Not to Be (1983). The first outright good movie on this list. A remake of one of the finest comedies of the 1940s, this is a farce surrounding a troupe of Polish actors, as they use their talents to escape the Nazi regime. You can tell the original is one of Brooks’ favorite movies, as there’s not too much of his trademark humor, and instead is a faithful homage to the original. Brooks is also great in the starring role, especially since for once he gets to work alongside his real-life wife, Anne Bancroft. A solid film, but please seek out the original first, as it’s one of the most important comedies ever made.

9. Life Stinks. Of the three movies Brooks made in the 90s, I’d say this is the one most deserving of a reevaluation. It’s a very different type of Mel Brooks movie, since it’s not a parody at all, and even has a bit of a dramatic edge. This was clearly a project close to his heart, and I have to respect that. It’s about Brooks as a rich jerk, who bets another rich jerk that he could survive a month homeless. And as he follows through with this, he learns the values of love and patience. While it is a minor work in his canon, it is sweet and engaging, and I’ll say deserves a second chance.

8. Silent Movie. Now full disclosure, take the ranking with a grain of salt. It’s really all bangers from here on out. So, after the 1974 double punch of Blazing Saddles and Young Frankenstein, Brooks was offered what’s called a blank check, a once-in-a-lifetime chance to make whatever movie you wish. With this opportunity, he made the first major silent movie in ages. Yes, Silent Movie is in fact a silent movie. There’s absolutely no dialogue, and all of the comedy and storytelling relies on sight gags and physical work. Brooks does a great job keeping it engaging, as this is a near-impossible task, and yet he pulls it off. I also really enjoy the use of color, as it makes it feel very different from any other silent film out there. And similar to a Muppet movie, there’s a barrage of great cameos, with Marcel Marceau’s being arguably the funniest scene Mel Brooks ever directed. And that’s saying a lot.

7. History of the World: Part One. A very strange movie, as there’s no real story at all, and is instead a series of sketches that loosely connect to the theme of world history. It’s the one that feels the most like a Monty Python movie, especially since both tackle the Spanish Inquisition. But I’ll say, as a 90 minute stretch of absurd, raunchy gags, it delivers. Even more so than Blazing Saddles, this is the most R-rated movie Brooks ever made, and it is pretty awesome how he goes for it all. It’s an acquired taste, but if this is your type of humor, sit back and enjoy.

6. Spaceballs. I almost feel bad placing it this low, as this is arguably my favorite of the bunch. Like most people my generation, this was the first one I saw, and is still revered as *the* Star Wars parody. There were plenty before and after, but none achieved the heights of Spaceballs. Though some purists dislike this one for being more popular than some of the other classics, and they’re not wrong, as it’s not nearly as clever or consistent as his best work. But it’s still a fantastic movie, with plenty of lovable characters and hilarious moments. In fact, it’s pretty cool to see Brooks take on the current trends for once, as all the other parodies are stuff within his wheelhouse. This is the only time he took a stand against modern blockbusters and their obscene merchandising. Boy did that joke age like wine.

5. The Twelve Chairs. The least-seen film he has ever made, and it’s easy to see why. As an adaptation of a 1928 Russian novel, it is very different in tone from any other Brooks film. But it is still a wonderful comedy, and arguably his most impressive turn as a director. Similar to It’s A Mad Mad Mad Mad World or The Treasure of the Sierra Madre, it’s a dark farce surrounding greed and the lengths people go with it. Ron Moody, Frank Langella and Dom DeLuise are all great in their parts, and the film is equal parts funny and oddly human. It’s a dark horse, but it’s clear to see why it’s one of Mel’s personal favorites.

4. High Anxiety. My vote for the most underrated of Brooks’ films. This is a send up to all of the old Alfred Hitchcock films, mainly Vertigo and North By Northwest. Now considering how Hitchcock is now a more niche interest than Star Wars or Frankenstein, I see why this one is now a bit more obscure. But come on, this is one of the funniest spoofs ever made, hands down. Brooks, Madeline Kahn, Harvey Korman and Cloris Leachman are all delightful in their roles. And Brooks does such an impressive job emulating Hitchcock’s style, making these dumb jokes all the funnier when presented in such a serious light. Please, see it.

3. Young Frankenstein. Now we’re at the Holy Trinity. Three of the most famous and beloved comedy films, ever. Young Frankenstein is nothing short of amazing. It looks and feels just like the old Karloff films, and plot wise is even arguably a proper successor. But it’s also one of the most hilarious movies you’ll ever see overall. There’s more of a subtlety to this one than the others, but it’s no less silly once you pick up on it. The secret weapon to this film is Gene Wilder, who’s also responsible for the film’s premise and much of the script. His performance here is arguably his best, rivaling even Willy Wonka. How he balances his straight-man act with downright lunacy is honestly incredible. Truly a masterwork.

2. Blazing Saddles. When people say “you couldn’t make a Mel Brooks movie today,” they’re specifically hinting towards this one. And I’m not sure if that’s true, as works like South Park, Borat, and Django Unchained are all contemporary and much more deliberately offensive. But Blazing Saddles is still provocative, in how it uses racial humor as an anti-racist weapon. The rednecks are always at the butt of the joke, as Brooks has the good sense to never punch down. It’s also absolutely hysterical, as this is the most Warner Bros cartoon of all his movies. Brooks will do absolutely anything to get a laugh, even if it means bursting down the fourth wall.

1. The Producers. Sometimes the first is just the best. Despite how many masterpieces Brooks made afterwards, I sincerely believe his original Producers is his finest contribution to society. Zero Mostel and Gene Wilder are downright iconic as these two characters, as they go on an absurd quest to create the worst play of all time, in a harebrained scheme to keep a million dollars for themselves. This film was very controversial upon its release, in how the landmark “Springtime For Hitler” musical number appropriates nationalism and fascist camp to expose how ridiculous it all is. But Mel Brooks is a proud Jew, and he fought against the Nazis in World War II. When he says that comedy is the only method to destroy fascists’ illusion of power, he means it.
God Bless you Mel Brooks. Thank you for all you’ve given us.