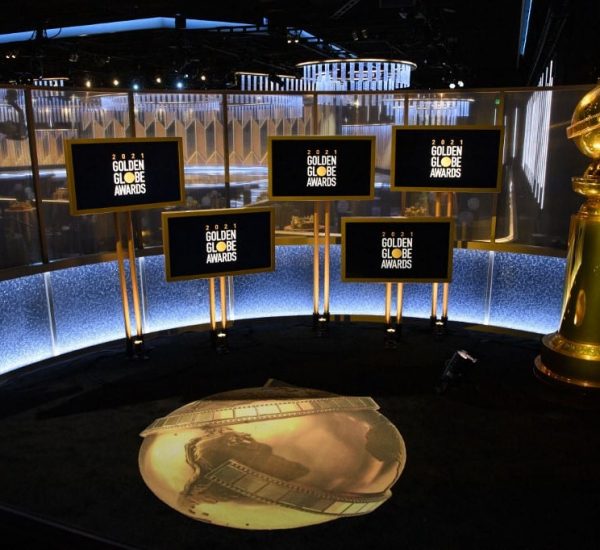 We are now firmly in awards season. Even though the pandemic shut out most blockbusters, enough independent films were released that deserve these awards. We’ve come a long way from Roma’s controversial Netflix release, as now the Academy is forced to reward almost exclusively streaming content.
But first, this year I’m making it a point to watch everything up for the Oscars. Not just the main contenders, literally 100% of the movies nominated. So I used the Globes to get a head start. Here’s a brief selection of what I’ve watched so far-

Another Round– A great dramedy. Both very funny and heartbreaking. Marvelously written and acted. Yet another reason to love Mads Mikkelsen.
Borat Subsequent Moviefilm– Hilarious! The best comedy, and arguably the best horror film, of 2020. Read my full review for more.
Judas and the Black Messiah– A tense, crushing sit. A gritty, marvelously directed film, and an honest portrayal of a profoundly wronged party. Don’t miss it.
The Little Things– A disappointing bore. It didn’t know if it wanted to be a Zodiac-esque prestige thriller, or a trashy TNT Movie of the Week. As a result it’s neither. Skip it.
Mank– Terrific! A wonderful companion piece to Citizen Kane, at once timeless and profoundly current. It’s worth seeing for what they do with sound alone. My new favorite Fincher film.
The Mauritanian– It’s inconsistent, but I’m tempted to call it a must-see anyway. At its best it’s a visceral, political beatdown. It also features arguably the most disturbing sequence I’ve ever seen in a film. Not for the faint of heart.
Music– Awful. Hands down the worst movie nominated. Cringe-worthy and even dangerous. Truly a disappointment.
One Night in Miami– A very exciting directorial debut from Regina King. These four legends of Black history are all faithfully recaptured. Intimate and poignant.
Promising Young Woman– The most provocative and deliberately controversial film of the year. I’m not sure every swing lands, but every swing is huge. And Carey Mulligan is terrific.
The Trial of the Chicago 7– While the story is fascinating and the acting is stellar, Sorkin’s centrist methods kill it. The ending in particular is downright insulting, and sours the entire enterprise. Watch Steve McQueen’s Mangrove instead.
Wolfwalkers– hands down, the best animated film of 2020. A brilliantly told story, and the most gorgeous example of the medium since Into the Spider-Verse. I want more like this, please.

Look forward to more of these rapid-fire reviews in a future article.
As for the ceremony itself… it was ok. Some of it was as cringey as you could expect from the combined powers of COVID-19 and the Golden Globes. But somehow it wasn’t one of the worst of these ceremonies I’ve seen. The beginning had a myriad of problems, with audio issues and poorly timed comedy sketches. And interestingly enough, hosts Tina Fey and Amy Poehler made it a point to call out both the Hollywood Foreign Press’ severe lack of diversity, and Music’s downright embarrassing nominations. Not even Ricky Gervais showed as much sheer contempt for the display.
I think the point when the ceremony picked up was with the legacy awards. Usually they’re among the most boring sections, but they got it right this time. Norman Lear and Jane Fonda are both cultural heroes who certainly deserved such accolades. It was around here when it started feeling like a real awards show and not a terrible Zoom call. And the ceremony’s funniest moment was when Tracy Morgan erroneously pronounced Soul as “Sawl.” Somehow “Adele Dazeem” doesn’t seem so wrong now.
I didn’t think too much about the tv awards, because they’re an afterthought as far as the Globes are concerned. The Emmys already happened, and they seemed to get it right (though I am very happy for The Queen’s Gambit and Anya-Taylor Joy). But the Globes are always a useful indicator of what to expect for the Oscars. Borat thankfully won the comedy awards, as that’s one of the few 2020 movies to leave a significant cultural impact. As good as Hamilton and Palm Springs were, those wouldn’t have felt right. Though I was disappointed Maria Bakalova didn’t win Best Actress, as frankly she deserved it for the Rudy Guiliani prank alone.
Chadwick Boseman of course received a posthumous Best Actor award, as he’s a legend gone far too soon. And it was very nice to see Jodie Foster win Best Supporting Actress, for her comeback role in The Mauritanian. Best Animated Feature was a safe if unexciting choice, because while Soul was a very good film, it would have meant much more for the medium if Wolfwalkers won it. Best Foreign Language Film was an odd case, as while Minari was very good and mostly in Korean, I’d argue it should have been in the Drama category since it’s an American production. If Inglourious Basterds doesn’t count as a foreign film, this shouldn’t either. Though perhaps the most pleasant surprise was Daniel Kaluuya winning Best Supporting Actor for his portrayal of Fred Hampton in Judas and the Black Messiah. He is one of our most talented actors currently working, and he’s been ignored for too long.
And the Best Director category this year was historic, as three of the five nominees were women, and with Chloé Zhao as the winner. This makes her only the second woman to win Best Director at the Globes, the first being Barbra Streisand for Yentl. Her film Nomadland also won Best Drama, which makes it the current frontrunner for the Oscars. Honestly I am relieved, as before this I was certain Trial of the Chicago 7 would win, which would’ve been a bit embarrassing. But no, Nomadland is a timely and perfectly satisfying choice. This makes me want to watch more of her films.

Well, that does it for round one. The Oscar nominees will be announced in the coming weeks, and that ceremony will be held April 25th. I’m having a lot of fun, and look forward to more!