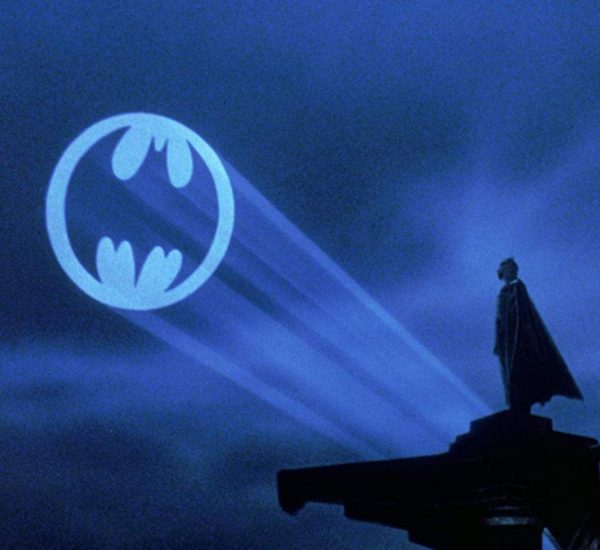 Batman. I’m not sure there’s a more iconic and beloved figure in all of pop culture. And for good reason, as his universe is among the most adaptable. No matter how old you are or what your tastes are, there’s bound to be something that speaks to you. These characters have given us countless hours of enjoyment, in comic books, tv shows, video games, Six Flags attractions, and of course movies. And with next year’s The Batman looking downright incredible, I feel now’s a good time to recount his silver screen history. So, from worst to best, here is how I ranked every theatrically released Batman film.

HONORABLE MENTIONS: The Lego Batman Movie (2017), Joker (2019), Birds of Prey and the Fantabulous Emancipation of One Harley Quinn (2020), and Zack Snyder’s Justice League (2021). These are all projects that are within close proximity of the Batman franchise, but don’t quite qualify for the list. That said, they’re all very much worth your time. Lego Batman is more of a sequel to The Lego Movie than a proper Batman outing, but it’s very funny and charming on its own merits. Joker is a very disturbing portrait of cinema’s greatest monster, and while it proved itself controversial, everyone should give it a shot. Birds of Prey is a great apology for the failures of Suicide Squad, and a very colorful outing for Margot Robbie’s finest role. And ZSJL arguably beats The Avengers as the most epic superhero team-up ever, and is obviously what the theatrical cut should’ve been.

10. Batman Forever (1995). Uggghhh. Boy I do not like this movie. With all due respect to the late great Joel Schumacher, do not think he had a good grasp on this project. But that’s not his fault, as his original cut was darker and more in line with Burton’s films. I think we’d all like to see that. As is, this is an uncanny link between two wildly different visions, and mostly comes off as obnoxious. Jim Carrey is just here to be 90s Jim Carrey, dough-faced Val Kilmer is miscast as Batman, and Tommy Lee Jones looks downright miserable. The one thing that kind of works is Chris O’Donnell as Dick Grayson, but that’s not enough to save the film. Batman Forever, it sucked then, and sucks forever.

9. The Dark Knight Rises (2012). Wow what a disappointment this was. Following how good the first two Nolan films were, we all thought the story would end on a great note. But nope, this was an all around misfire. There are strong elements at play, including a cool premise and a strong ensemble. I do enjoy the scenes with the isolated Gothamites trying to find a way to survive. But there’s just an all around lack of interest in Batman as a character, and the film is weakest whenever they have to bring him back. The third act especially is kind of terrible, with some downright unforgivable plot holes. I get there’s people that enjoy this, but I find it nothing short of a mess.

8. Batman & Robin (1997). You’re probably wondering what this is doing so high. It’s one of the most infamous blockbusters of all time, and practically killed the superhero genre for a few years. And I’ll be honest… I still kinda like it! Unlike the failures of Batman Forever, this commits to being a stupid cartoon, and is more enjoyable for it. Arnold Schwartzenegger’s Mr. Freeze and Uma Thurman’s Poison Ivy are two delightfully cheesy villains, and the whole project never takes itself too seriously. It’s honestly nowhere near as dire as its reputation suggests, and if you’re into so-bad-it’s-good cinema, it’s worth another shot.

7. Batman v Superman: Dawn of Justice (2016). This is a bit low on the list because it just barely qualifies as a Batman film, and is instead more of a smorgasbord of the entire DC Universe. But at the risk of sounding contrarian, I think it has a lot to offer. It’s a very interesting and political experiment, toying with the idea of these characters as American icons, and what that says about our disastrous current landscape. In that sense it comes much closer to Watchmen than Snyder’s own adaptation did. But it also satisfies as popcorn entertainment, with plenty of amazing visuals and fights. If you were disappointed by the theatrical edit, that’s ok, I was too. But the director-approved Ultimate Edition may win you over, as it’s a much more cohesive and realized product.

6. Batman (1989). Batman’s first proper blockbuster, and at the time a downright global phenomenon. There’s no doubt this is one of the most important superhero movies in history. But that doesn’t mean it entirely holds up. For one, Jack Nicholson’s Joker takes up too much of the movie, and is a pretty typical performance when he should’ve played more into the character. Also Robert Whul’s comic relief is pretty cringey, and director Tim Burton didn’t yet have a grasp on the action. This is the rare movie that was outdone by its sequel. That said, Batman ‘89 is still enjoyable, entirely due to its atmosphere. Burton’s Gotham is the best the city has ever looked, period.

5. Batman Begins (2005). Similar to the 89 film, this was a huge deal at the time, only to get topped by the sequel in every way. But between the two this holds up a bit better. While Christian Bale is a pretty subpar Batman, he’s a perfect Bruce Wayne, and it’s great to see his entire origin story. The first half of the film, dealing with his training with Ra’s al Ghul, is magnificent. But then we get to the Scarecrow plot, and while Cillian Murphy does a good job, Nolan didn’t know how to portray this character or utilize him in the action scenes. It’s flawed, but it’s saved by how much it nails Bruce Wayne as a character.

4. Batman: The Movie (1966). Basically an extended episode of the Adam West series, but my what an episode it is. Joker, Penguin, Riddler, and Catwoman all at once? It’s every kid’s dream come true! Sure this show was a hilarious cheap knock-off, but it was a brilliant one. This absurd parody is what people at the time wanted from these characters, and they pulled it off artfully and with gravitas. It may not be what we expect from Batman now, but it’s still incredibly entertaining.

3. Batman: Mask of the Phantasm (1993). The only animated film that qualifies for this list, and out of all of the countless animated Batman movies forced out by WB, this is still their best. Based on the wonderful 90s animated series, this is a mystery and a romance, with more depth and maturity seen in any of the live action movies. There’s a reason why this is the connoisseur’s favorite. If you’re curious about the series, this is a strong starting point, as well as a weighty and fully-formed movie on its own.

2. The Dark Knight (2008). Now here we are at the big ones. These next two are movies that I don’t just like, but I love. Truly two of the most important films of my childhood. So it’s really telling that The Dark Knight, still considered the greatest film of all time by Reddit trolls and college freshmen, isn’t number one. And while this is a fantastic movie, it doesn’t all work. The script actually has quite a bit of problems that we could spend all day nitpicking. But it’s hard to care, because just on a raw and visceral level, this is likely the greatest crime film of the 21st century. From start to finish, it feels like you’re watching the world burn. And yes, words cannot describe how incredible Heath Ledger is as the Joker. And knowing the real-life tragedy behind the role, it all feels even more melancholy and disturbing. Forget Darth Vader or Hannibal Lecter, Ledger’s Joker is my vote for the greatest villain in movie history.

1. Batman Returns (1992). Oh my God. This one. I love this movie so much. It was an all timer when I first saw it, and I haven’t stopped loving it since. Basically everything that worked in the 89 film is here, and tripled down. This is the creepiest, craziest, kinkiest, and all around greatest Gotham City has ever been. It’s at once a silent German Expressionist horror film, and a roadside carnival freakshow. Pheiffer’s Catwoman and De Vito’s Penguin both transform into their roles, and neither character has yet to be topped. And learning his lessons from the last movie, Burton delivers on some truly amazing setpieces. As for Keaton’s Batman himself, he gets a lot more to do here, and he’s still arguably the character’s finest live action presence. All in all, it’s the best Tim Burton film, the best Batman film, and honestly my pick for the best superhero film. It’s a masterpiece.

Most of these movies can be found streaming on HBO Max.