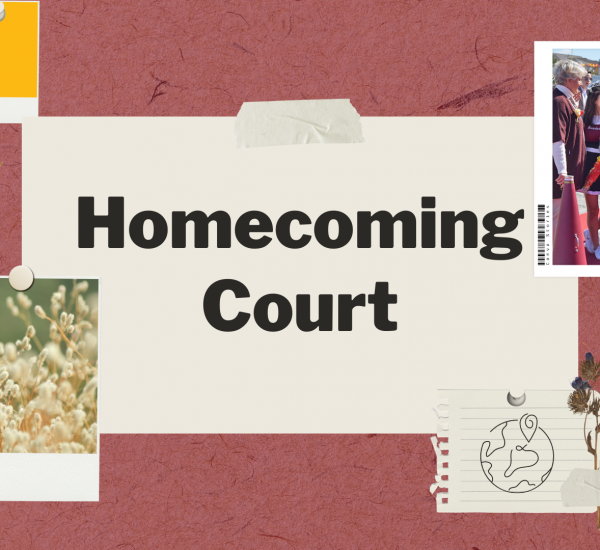 Homecoming is upon us and like every year there Homecoming Court nominations and elections have taken place. Student Organizations were given the opportunity to nominate one of their members for the Homecoming Court by Friday October 8. The extensive list was narrowed down by the student body last week, who were given the option to choose six people for the Homecoming Court. The six people with the highest number of votes were put up again so students could vote for the High Court. Voting closed yesterday, October 19 at midnight and High Court will be announced at half-time at Saturday’s football game.

Homecoming Courts have been around for a long time. Typically they are made up of the people who the student body believes embodies the school spirit. At most schools, and at Austin College in the past, students vote for a Homecoming King and Queen. This year, in an effort to be more gender inclusive, Austin College is eschewing from that tradition and will be electing a High Court. This decision was made by Student Assembly in the hopes that this long standing tradition can grow and evolve just like Austin College.

Mariam Abeje, is a Senior from Murphy, TX who is majoring in Healthcare Administration and minoring in Chemistry. She was nominated by Alpha Phi Omega and lived in Ethiopia for 7 years! She just gave her TEDx talk on being bilingual.

Allyson Doan, is a Senior from Houston, TX who is majoring in Public Health and minoring in Biology, Chemistry, and Communication. She was nominated by Students Today, Alumni Tomorrow. In her free time she likes to rock climb!

Carlos Estrada, is a Junior from Selma, TX who is majoring in Neuroscience and minoring in Chemistry.

Hersh Patel, is a Senior from Richardson, TX who is double majoring in Biochemistry and Business Finance. He was nominated by Zeta Chi Beta and fun fact, he is exactly two years apart from his sister!

Sara Schuster, is a Senior from McKinney, TX who is majoring in Chemistry and double minoring in Biology and Spanish! She was nominated by CAB and is the Vice President of the AC Golf Club.

Claudia Theriot, is a Senior from Boerne, TX who is majoring in history and is in the Master of Arts in Teaching program. She was nominated by Omega Zeta.