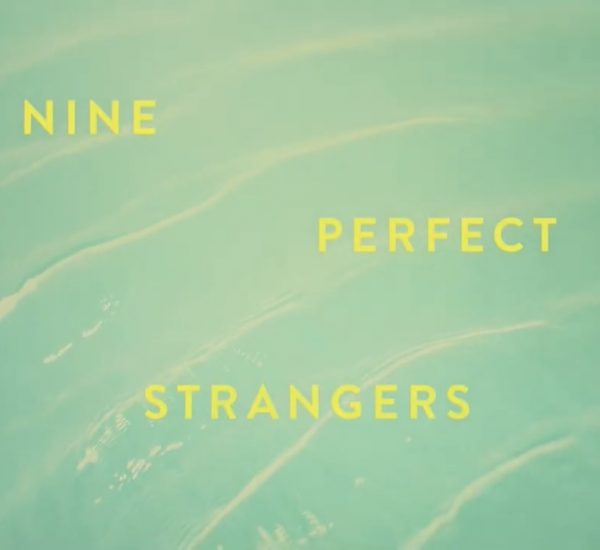 The show Nine Perfect Strangers centers around nine people who have come to the Tranquillum House, an exclusive health and wellness resort, for a 10-day retreat. The program offers personalized diets and daily schedules for each guest, and the founder Masha (Nicole Kidman) promises transformation by the end of their stay.

The guests include Frances Welty (Melissa McCarthy) a well-known romance novelist; Tony Hogburn (Bobby Cannavale) a man with a drug addiction whose face everyone seems to recognize; Carmel Schneider (Regina Hall) an insecure mother whose husband left her for a younger women; the Chandlers, Jessica (Samara Weaving) and Ben (Melvin Gregg) a couple having marriage problems; Lars Lee (Luke Evans) a man with a hidden agenda; and the Marconi’s, Napoleon (Michael Shannon), Heather (Asher Keddie) and their daughter Zoe (Grace Van Patten) a family grieving the death of their son. The show also focuses on Yao (Manny Jacinto) and Delilah (Tiffany Boone), two of Masha’s workers.

Throughout the nine episodes, more and more of each character’s background is revealed to the audience. At the beginning of their stay their technology is taken away, they are deprived of outside food, and are given blood tests. They participate in meditation, fasting, exercise, and other unexpected activities.

However, it becomes clear that something is amiss in the house. In each episode there are close-up shots of smoothies being made in a blender for the guests. Something seems off though, and these smoothie sequences leave an uneasy feeling with the audience. The secluded nature of the health retreat along with the mysterious air surrounding Masha foreshadows that things may not be as they seem.

I thought the acting was phenomenal. I was immediately struck by Shannon’s representation of Napoleon. From the first episode, it was clear how awkward his character was meant to be. In the hot springs in episode one, Napoleon’s strangeness was uncomfortable but led the audience to wonder about his story.

One let down from the show was that the backgrounds of the characters were not explored as much as I would have liked. The only background given was about the trauma or difficulties that each guest and Masha had faced that caused them to come to Tranquillum House. Of course, it is difficult to cover the entire life of each character in a nine episode show, but it would have been nice to get a feel for what each guest was like in their regular life.

The ending was also a bit disappointing. Everything is wrapped up in about 5 minutes. The characters make some surprising decisions in the end and they don’t act how the audience expects them to, especially given what they have gone through. Although we get to see where each guest ended up after leaving Tranquillum House, which I always find interesting, it all happened too fast.

Overall, I thoroughly enjoyed the show. It had lots of twists and turns that I was not expecting as I had not read the book at that point, and even if I had I still wouldn’t have seen some things coming.

Nine Perfect Strangers by Liane Moriarty inspired the 2021 Hulu miniseries Nine Perfect Strangers. The book follows the same general plotline of the show, but I was surprised by how much the show strayed from the book. In the book, nine guests pay for a ten-day retreat at the historic Tranquillum House hoping to heal in some way. Each chapter is told from the perspective of a different character. Moriarty not only describes each character’s experience in the house, but also goes into their background.

It was interesting to learn more about the life of each character, especially Yao and Delilah whom we don’t get much background on in the show. The book seems to focus on Frances and her perspective, as there were far more chapters from Frances’s perspective. This likely contributed to Frances being my favorite character. She was funny, kind, clever, and mostly unashamed of herself.

One of the biggest differences that I noted from book to show was that Masha is much less stable, and even manipulative at times, in the book. In the miniseries Masha seems very emotionally stable and only visibly loses control in one certain scene. In the book she gradually loses her temper by the end. She becomes upset with the guests, smokes, gets high, and completely loses control of herself.

The ending of the book is more how I was expecting it to be and what I thought the ending of the show would be. The last chapter of the book goes into a bit more detail of each character’s life after Tranquillum House. It is split into sections of one week, month, year, several years, etc. after the retreat. Each description was brief but the reader learns what the guests are doing and which ones stay in contact.

Even though I had some idea of what to expect, the book was not predictable. I was eager to see which characters would connect with each other, how Delilah’s character would develop, and how the ending would differ. Moriarty did a fantastic job of engaging the reader in the story of each character.

All things considered, I would recommend both the book and the Hulu show Nine Perfect Strangers. Both have their strong points and are worth the time. If you are a fan of mystery dramas with a bit of comedy thrown in, this is the book and show for you.