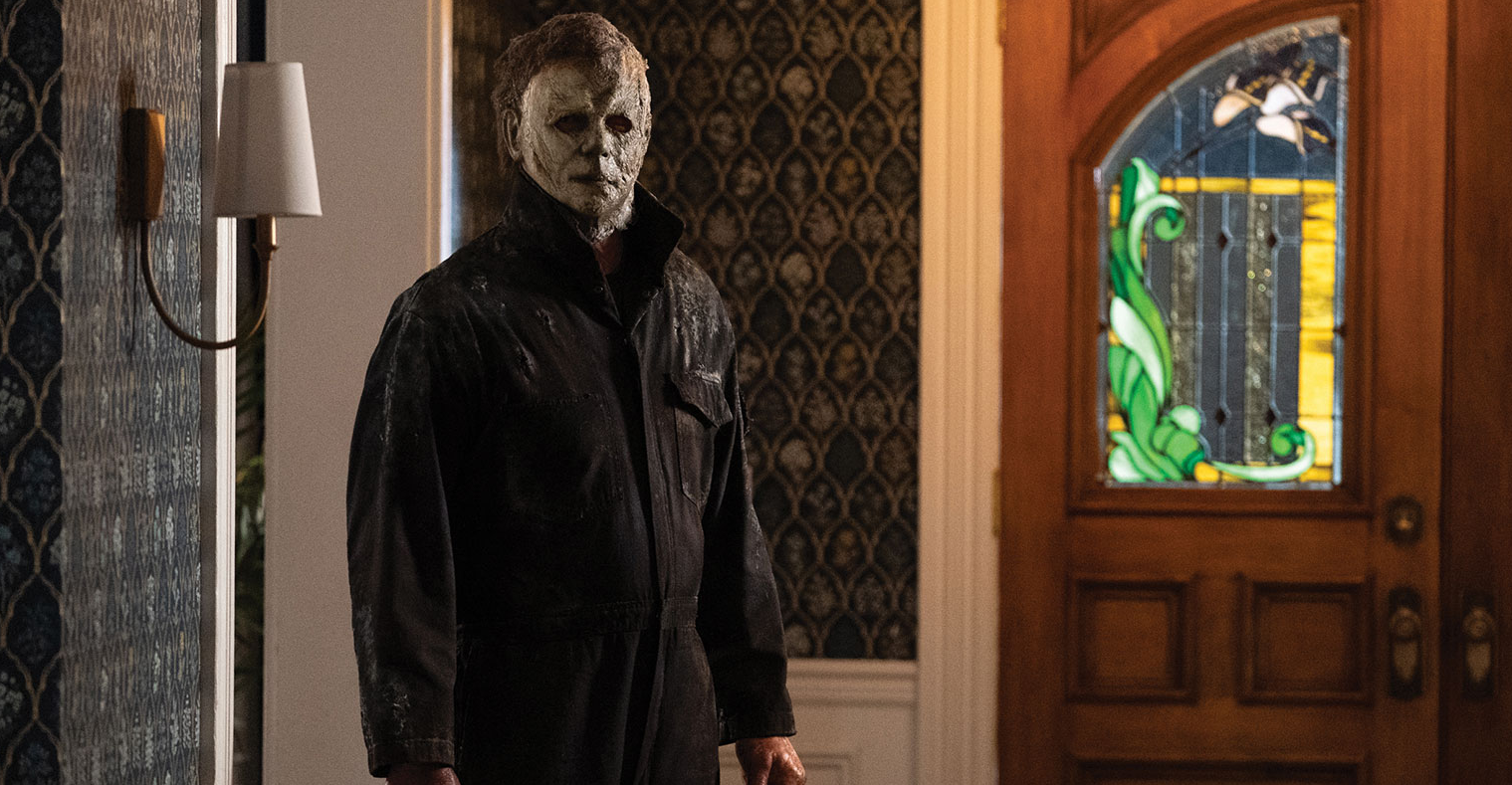 “You’re just a man in a Halloween mask. What are you gonna do now?”

I know the Halloween holiday has passed and now we’re in November, but I don’t feel like waiting a full year to say this: Halloween Ends is a good movie. And not just a good movie, it’s one the best films in the Halloween series. There are some positive reviews out there but the majority of them are absolutely vicious, and I cannot help but feel somewhat mystified about this.

I originally wasn’t planning on writing this article until I saw the sleeper horror hit Terrifier 2, which has been wholeheartedly embraced by critics and fans; it currently has an 88% on Rotten Tomatoes. Meanwhile Ends has only a 41% score. I found Terrifier 2 a mean and pointless violent affair that lacks any style when conveying it’s gruesome deeds; the torture scenes look incredibly flat and the impressive practical effects are doing all the heavy lifting.

On the other hand, filmmaker David Gordon Green has delivered a nostalgic and textured vampiric romance that just so happens to feature Michael Myers. It’s a big swing and not every element works. However, the Halloween franchise has always been consistent in its messiness.

I can tell David Gordon Green and co-writer Danny McBride have been pondering the existence of Michael Myers. His presence in Halloween Ends, the supposed finale of the series/trilogy, is more sedated. He is no longer the beast we once knew, living in the sewers of Haddonfield and not doing much besides killing the unlucky souls who wander in. As a whole, the supposed final film acts not just as an elegy for the series and character but the slasher genre as whole. It’s as if Green and crew are telling the audience “this all has to end” and they’re right.

A common complaint is that the film favors a brand new character in Corey Cunningham (Rohan Campell), who is now the new boogeyman after accidentally pushing a six-year-old boy over a balcony to his death three years prior. The thought is that Laurie Strode (Jamie Lee Curtis) and Myers are sidelined, but I’d argue that the Laurie shown here is refreshing. If Halloween (2018) and Halloween Kills showed Laurie as angry and nihilistic, Ends shows her in a state of moving on. I do wish we saw more of her recovery, but Green is showing us a new Laurie. Her life has been deeply affected by tragedy but she realizes she has to move on.

Halloween Ends bears striking resemblance to Stephen King’s killer car book Christine. At the core of each story is one of young love and attraction. Allyson (Andi Matichak) and Corey quickly develop a romantic relationship while Corey goes down a dark path of self destruction. And during all this, Laurie starts to suspect something bubbling inside of Corey, fearing for Allyson. I’d dare to call the film tender at times in capturing this doomed romance. Cinematographer Michael Simmonds, who shot the previous two entries, creates alluring dreamscapes for these scenes.

The storyline of Corey centers around self-imposed destiny. People keep calling him a monster so he becomes one. Corey is our Myers as he dons the costume and mask taking revenge on those who wronged him. The two killers conjure interesting reflections of each other: Myers’ motives are unknowable and Corey’s achingly human.

And Ends hosts some of the best kills of the franchise. Corey ripping out the tongue of a shock jock DJ to have it land on the turntable causing an audible skip is far more clever than anything in Terrifier 2. And the score by John Carpenter, along with his son Cody Carpenter and Daniel Davies, is possibly the best of the trilogy, a more whimsical sound in favor of the aggressive, almost violent beats of the previous films.

And what baffles me the most about the fan reaction is that you do get the big battle between Michael and Laurie. It’s intense and thoroughly gruesome. The movie lives up to its title– throwing Myers into an industrial shredder is a proper end, Green stating his claim on the franchise.

You don’t have to like Halloween Ends but I am saddened by the responses of fans and critics. This is a unique, strange movie that got a wide release. It deserves some respect.