The Coen Brothers: Worst to Best

I give a rundown of America’s favorite directors. 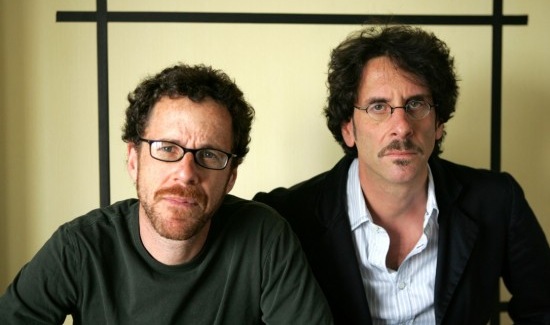 It is not hyperbole to call Joel and Ethan Coen the most popular filmmakers in America. It seems like no matter who you are, where you come from, or what your taste is, they’ve made something you’ve loved. Their filmography is a wide variety of treasures, and everyone owes it to themselves to jump in. So here’s my worst to best. Keep in mind these are all my opinions and very arbitrarily ranked. I’m sure yours is very different, and that’s great. And if any of the movies listed seem appealing, by all means check them out.

18. The Ladykillers. I maintain there is no such thing as a truly bad Coen Brothers movie. However, The Ladykillers is the one that comes the closest. It is the least popular entry by a mile, and it’s easy to see why. Despite being an alleged dark comedy, it’s just not very funny. The first 40 minutes are especially flat and surprisingly boring. Thankfully it picks up after that, with an interesting heist and a shockingly morbid climax. And it was cool to see Tom Hanks in a truly gross and unlikeable role, which is very rare for America’s Dad. The Gospel soundtrack was also a nice touch. But still, nothing could quite save this one.

17. Burn After Reading. This is the one I most struggle to have feelings for. I know it has its fans, but I just do not get it. It’s not even a bad film necessarily, just one I don’t understand. It’s like a Dr. Strangelove for the modern age, a dark comedy showcasing the obscene stupidity of our government. This is best exemplified in the ending, which rivals A Serious Man as the most bitter pill the Coens ever made us swallow. I admire the guts, I just didn’t laugh.

16. Intolerable Cruelty. Now here’s one I actually did like. It’s not great or anything, but I can give it a modest recommendation. It’s the only romantic comedy the Coens ever made, and it’s better than the vast majority of those. And that’s largely because it maintains the Coens’ oddball sensibilities and mean streak. It’s a satire that highlights the struggle between the two great American pursuits: love and wealth. Can they coexist? If not, which will win? It has much more on its mind than most films in the genre. And while not every gag works, there’s some satisfying bullseyes, and the sheer charm of George Clooney and Catherine Zeta-Jones keep it afloat.

15. Blood Simple. Some might think it’s blasphemy to place the debut so low on this list. Because it’s an incredible debut. Especially for the time. In 1984, this must have been nothing short of mindblowing. But when viewed today, it is a bit redundant. We now have Fargo and No Country For Old Men, both of which did this better. But even so, it’s a strong flick, and is worth seeing for their humble beginnings. And M. Emmet Walsh’s performance is likely his career highlight.

14. Miller’s Crossing. Only on a Coen Brothers list could a movie like Miller’s Crossing rank this low. If I wrote a list for the best Prohibition gangster movies, this would be near the top. The turns from Albert Finney and John Turturro especially are fantastic. And the production design is spot on. Though it ranks a bit low because the story is meandering, and it’s overall not that Coen-y. The Coens infamously got writer’s block while penning the script, which gave them the inspiration to write all of Barton Fink in that time. And if you’re only going to see one of these two, see that one.

13. Hail, Caesar! A movie only the Coen Brothers could have ever made. It’s a star studded, genre hopping, absolutely audacious tribute to Old Hollywood. Any sort of old picture you can imagine is given an homage. Every scene is constantly jumping to new jokes and set pieces. It is madness, and even though the overload makes the whole thing feel a bit slight, it is a fun ride. It failed to strike a chord with audiences, which is understandable considering the old-school material, but any cinephile is bound to have a blast with it. The highlight has to be Alden Ehrenreich’s endlessly charming Roy Rogers impression, which is likely the best role he’ll ever get.

12. O Brother, Where Art Thou? The first truly great movie on this list. It’s all gold from here on out. This is the one that took the South by storm. All of my relatives in Arkansas ate it up, and it’s easy to see why. It really is an American legend. From the Album of the Year winning soundtrack, to Roger Deakins’ striking sephia cinematography, and the racism ending dance-off, so much is unforgettable. And on top of all of that, it’s an adaptation of Homer’s The Odyssey. Unbelievable.

11. The Ballad of Buster Scruggs. The only anthology film on the list, and one of the best Netflix original movies yet. It’s six shorts, all of them Westerns, and each of them involving an ironic death. They’re all very different in tone and aesthetic, but the morbid undertones are there throughout the picture. Like any anthology, some of the segments are better than others, but the best ones are among the best work the Coens have ever done. The best one has to be the one with Tom Waits as a prospector, which is nothing short of spectacular.

10. The Man Who Wasn’t There. A fan favorite amongst Coenheads, this is one of their most overlooked films. As well as easily one of the great modern noirs. Like any good noir, it’s breathtaking aesthetically, with immaculate lighting and cinematography in every scene. This is their only black and white film, and it should stay that way, because they could never top it. Also true to the genre, it’s a nihilistic and emotionally draining story, featuring a seriously flawed protagonist. Only Billy Bob Thornton could have played Ed Crane.

9. True Grit. The Coens have made a lot of Westerns, but this one feels the most like a red-blooded classic Western. Which of course means it’s the most faithful example of the genre in the last decade or two. Sure it’s one of their more restrained films, but that’s understandable. Who else was going to make an old-school Western in this age? Certainly not Quentin Tarantino or Jon Favreau. True Grit is a gripping story of revenge, beautifully told through the Coen’s craft and exceptional performances. Jeff Bridges’ Rooster Cogburn is his best role of the last decade, and Hailee Steinfeld gives one of the greatest breakthrough showings I’ve ever seen.

8. Raising Arizona. A truly great physical comedy. It’s up there with It’s A Mad Mad Mad Mad World and What’s Up, Doc? as one of the best live-action cartoons. The sheer energy throughout the picture is amazing. It never slows down for a second. For this reason it’s one of their most rewatchable movies. You could see it three times and still be unsure where it’s going. And words cannot describe the charms Nicolas Cage and Holly Hunter bring to the film.

7. The Hudsucker Proxy. Though it was unfairly maligned upon release, more and more people have realized this one’s truly a gem. It’s a Frank Capra story, told with Warner Brothers humor, and the visual stylings of Tim Burton’s Batman. You wouldn’t think any of these elements go together, but it somehow all clicks. It’s just a great feel good comedy, told in deliciously unconventional fashion. The scene where the hula hoop takes over the world is especially inspiring.

6. A Serious Man. Another one of the connoisseur’s favorites. Coen movies have always had a flair for the existential, but none more than this one. Sort of an adaptation of the story of Job, this is about an ordinary man’s life spun out of control, and how he utterly fails to understand it. Funny in a very dry and awkward way, it’s about how the big questions are ultimately a waste of time, and making the best out of our own lives should be the main goal. And who could forget that ending? Oy vey.

5. No Country For Old Men. The one they won the Oscar for. It has much of the same elements as Fargo, but the results couldn’t be more different. It’s a bleak, intense, nihilistic, horrifying, and terribly unsatisfying film. All of this is by design, but it’s nonetheless devastating. It succeeds both as a cat and mouse thriller, and as an existential horror story. The sound design is especially incredible, as there is no score, and every single noise, even the crinkle of a candy wrapper, makes a difference. And of course Javier Bardem is downright mesmerizing, as his Anton Chigurh is one of the best villains in movie history.

4. Barton Fink. A film they could have only made while young and hungry. A parody of weird indie movies, while also a weird indie movie in its own right. A scathing critique of every system that would give them unbelievable success. A comedy, a horror film, and a coming of age story all at once. It’s equal parts David Lynch and Billy Wilder. There’s really nothing else like it. It also features exceptional performances from John Turturro, John Goodman and Michael Lerner.

3. Inside Llewyn Davis. Likely the greatest period piece of the bunch, which is saying a lot. It’s a simple and downplayed film, but one that’s executed brilliantly. Following a few days in the life of a folk singer, Oscar Isaac is incredible as Llewyn Davis, as he remains likeable yet also jaw droppingly frustrating. It’s a film that manages to be funny, sad, and more of all real, all while saying so little. It’s as life-like as the music it chronicles.

2. Fargo. The Coens’ ultimate story of good vs evil. A cautionary tale about how one mistake can lead to entire lives ruined. About how crime is stupid and how ordinary lives should be seen as the dream, not the mundane. Darkly funny and always emotionally resonant, it’s truly an American epic. And Frances McDormand’s performance is likely the greatest out of all of these movies. It also led to the creation of one of FX’s all time greatest series, which is a must see for any Coen fan.

1. The Big Lebowski. The stoner comedy to end all stoner comedies. One of the funniest and most visually entrancing movies ever made. Every character stands out. Every joke lands. I could watch this movie again and again without ever growing bored. It’s an inexhaustible midnight movie fever dream. Sure there’s plenty of other movies on the list quote-unquote “better” than this one, but I don’t care. If I’m being honest, this one has to be my favorite. Jeff Bridges’ The Dude is also one of the coolest movie heroes ever. No other film makes laziness seem this appealing. It also has the most likeable message of the bunch. Sure life is hard and stupid and doesn’t make any sense, but who cares? Let’s go bowling. Words to live by.